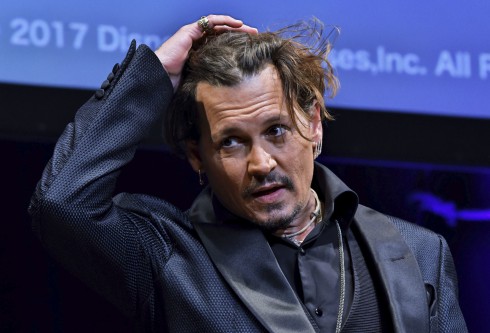 Johnny Depp is the fifth most well-paid actor in Hollywood and cultural icon, but that hasn’t stopped him from landing into some serious financial turmoil. Despite landing multiple movie gigs that paid in the tens of millions for many years, Depp found himself unable to make ends meet.

Last year he settled an extremely high publicized and acrimonious divorce with actress Amber Heard $7 million (Heard alleged that the actor abused her) after only 15 months together, but la documents that have come to light in this year’s lawsuits reveal that his financial troubles run much deeper than a bitter divorce. So, what happened? The short answer is that sometimes too much is never enough.

At the start of this year, January 2017, Depp filed a $28 million civil lawsuit against his former business managers the Management Group. His suit alleged that they failed to pay his taxes on time, charged exorbitant fees that he had no knowledge of, committed fraud, and generally mismanaged his vast fortune. Two weeks later the group countersued him, claiming that it was the actor who mismanaged his own finances, and they tried to warn him of impending disaster. This week personal emails emerged in the media that back up their claims.

The emails go as far back as December 2009 with his main financial manager Joel Mandel politely urging Depp to “take it easy on his holiday spending.” Mandel goes on to say that he wants to have an in-person meeting with Depp to discuss “to look realistically at income and expenses to work together on how to make sure that these are back in balance.” He references borrowing money to “sustain” Johnny’s lifestyle and a desire to come up with a plan to start paying these loans back. It was suggested that he sell his private jet to help bridge the gap between income and expenses.

The next day, Johnny is said to have replied, “I am doing my very best on holiday spending, but there is only so much I can do, as I need to give my kiddies and famille as good as Christmas as possible, obviously within reason . . .

“But, regarding the plane situation… I don’t have all that many options at the moment,” he continued. “A commercial flight with paparazzis in tow would be a f–king nightmare of monumental proportions. What else can I do??? You want me to sell [some] art??? I will. You want me to sell something else??? Sure…what???… Other than that, I got bikes, cars, property, books, paintings, and some semblance of a soul left, where would you like me to start???”

An email from 2010 reveals that the actor was almost $4 million overdrawn on his accounts.
Depp’s plan to settle his debts included receiving paychecks in the $20-30 million range for his then-upcoming films The Tourist, Pirates Of The Caribbean: On Stranger Tides and Dark Shadows.

Some of the expenses that helped put Johnny in the hole include spending over $75 million on 14 different residences (among them are a huge French chateau and a private island.) His monthly expenses are about $2 million a month, and even though the actor pulled in over $650 million in the 13 years TMG has worked with the star, it got to the point where this type of spending just couldn’t be sustained. According to TMG Depp spends $30,000 a month on fine wine, $350,000 a month to maintain his yacht and regularly splashes hundreds of thousands of dollars on art. They also allege that Johnny spent $5 million of his own money to blast the ashes of his hero Hunter S. Thompson from a canon over Aspen, Colorado.

Depp appears to be doing well despite his very public financial woes. “He is taking work seriously and seems healthy,” a source close to Depp told PEOPLE magazine. “He spends time with his kids and is dating a bit.” yesterday the actor attended the Japan premiere of Dead Men Tell No Tales, and just last week was on vacation at The Brando, his mentor Marlon Brando’s resort on the French Polynesian island Tahiti.