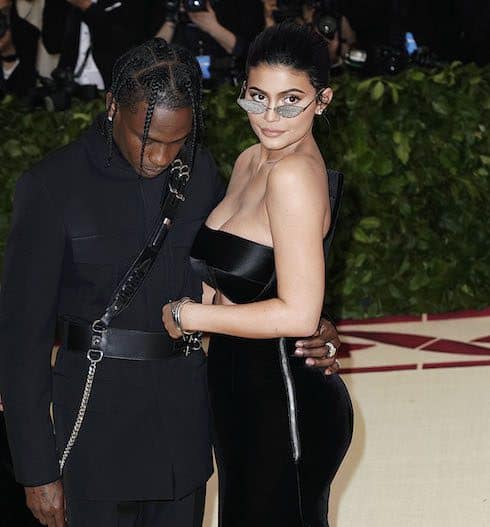 Now that they’ve finally put the baby daddy drama to bed, when are Kylie and Travis Scott getting married? The two have reportedly been planning their big day for some time, and it seems Kylie might be ready to pull the $10 million trigger as soon as she finishes up a few last details.

Talk of Travis and Kylie’s alleged wedding has followed the couple pretty much since they started dating last spring and shortly thereafter announced their plans to live together during the summer. By September, Kylie’s BFF Jordyn Woods was on record all but confirming that Kylie’s wedding to Travis Scott was just a matter of when. “Kylie’s told me I’m already a maid of honor,” Jordyn added.

A couple of months later, Kylie sparked engagement rumors that never quite died down after she snapchatted a clip of herself driving to Khloe Kardashian’s baby shower with a huge bling ring on her ring finger.

Reports that the pair broke up temporarily on Christmas Eve turned out to be (probably) unfounded. And when Stormi was born shortly after that, it really did look like her parents were the real deal.

So when are Kylie and Travis Scott getting married? A new report from Life & Style suggests that the two lovebirds are straight-up “engaged” and that their nuptials are likely just around the corner. Kylie in particular was said to be inspired by she, Travis, and Stormi’s recent vacation to Turks & Caicos; the islands are apparently her preferred destination wedding getaway.

Kylie is planning “the most extravagant Kardashian wedding of all time,” said L&S’ insider, who further claimed that the 20-year-old is “looking to spend about $10 million and have the wedding of the century….She’s even joked that she wants to outdo Prince Harry and Meghan Markle’s big day!”

The insider also said that the Eden Rock Hotel in St. Barth’s is a possibility, and that “Kylie would pay to book the whole hotel.” Don’t worry about that cost, though: the cheapest rooms at Eden Rock may rent for $775 per night, but Kylie is still going to be a billionaire by August.

In related news, Kylie is also apparently ready and willing to get pregnant with baby #2. Whether that particular story got planted by one of Kylie’s reps as a means of pushing Travis closer to proposing has yet to be determined — but if you keep seeing a steady stream of Kylie-and-Travis-getting-married gossip items over the next few weeks, it’s maybe safe to draw that conclusion.

(Photo credits: When are Kylie and Travis Scott getting married via FZS / Splash)