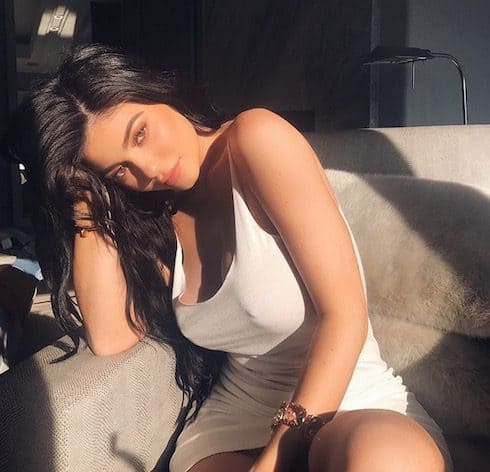 Though Kylie Jenner’s pregnancy remains unconfirmed, boyfriend Travis Scott has long been believed to be the baby’s father (despite Tyga’s best efforts). But now, a string of new reports and rumors suggests that the pair may have split — and that it’s Travis who did the splitting, calling it quits with Kylie on either Christmas or Christmas Eve.

The Radar report, which relies on an anonymous “snitch,” is pretty short on details: according to their claim, Travis “He finally plucked up the courage to tell Kylie he’s done, that he loves her and will always be around for the baby, but they’re not compatible as a couple.”

Added the alleged insider, “Kylie was totally blindsided even though everyone else in her life saw this coming.”

Kylie was hard the only one apparently blindsided by the claim: a string of tabloids got in on the action, wondering what had just months earlier been taken for granted: Are Kylie Jenner and Travis Scott still dating? And TMZ added fuel by noting that at Travis’ New Year’s Eve gig in Miami were three of Kylie’s closest friends…but the 20-year-old was nowhere to be seen.

It’s been something of a banner week for Kylie Jenner rumors, given that the talk immediately before the breakup allegations was that Kylie might have actually given birth already. Which, as Marie Claire astutely pointed out, kind of pokes a hole in talk of Kylie’s absence at Travis’ NYE show as evidence for a split or other rift. After all, if Kylie is too far along to travel cross-country and be with her baby daddy, then she can’t very well have recently birthed a child in secret.

Anyway, this is still about the first anyone has heard of any serious problems between Kylie and Travis — even gossipy, doubt-laden ones. It was only a couple of months ago that Kylie was flashing a huge bling ring on Snapchat and sparking rumors that she and Travis were engaged.

Plus, Kylie and Travis posed for a photo together at the Kardashian Christmas party on the 24th. *And*, on top of that, all the talk of a pre-Christmas rift with Kanye, who was said to have told Travis to “man up” ahead of Travis’ daughter’s birth, was debunked by Gossip Cop.

So there’s really no way to know if Kylie Jenner and Travis Scott are still dating. Everything they do will remain shrouded in mystery until Kylie finally delivers the Kardashian family scion and bestows upon it the K-name everyone’s expecting. Until that day, expect talk of Kylie’s pregnancy and relationship status to gush like an uncapped oil well.