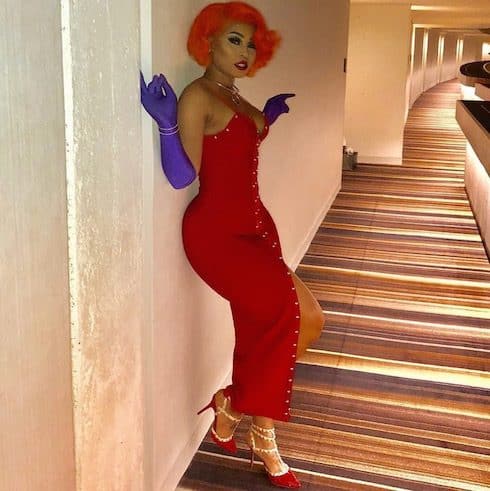 As VH1, her home network, recently put it, there’s something about Houston native Just Brittany that seems to bring out the drama in everyone around her. It might be the perfect talent for any reality TV star — but Brittany’s boasting a whole lot more.

Love & Hip Hop Atlanta‘s newest star is already well-known for her season-long beef with Erica Mena and Estelita; before that, she came to reality TV fans’ attention as the villain on last season’s Signed. Although just before her TV debut aired, Brittany was quick to explain her true feelings on the way the show portrayed her:

I wasn’t really surprised because there wasn’t anybody else there they could paint to be that person. I was aware of it. At the end of the day, it’s good for TV. I’m the veteran in the group, too. I’ve been doing it longer than everybody, so of course they’ll try to make me look like that.

Born Brittany Bullock, the Houstonian graduated as valedictorian of Jesse Jackson Academy back in 2005 at just 16 years of age. (It’s worth pointing out, in response to the What high school did Just Brittany go to question, that Brittany’s *first* high school was Worthing High School, per her 2017 Houston Chronicle feature.)

The 28-year-old signed with Cash Money Records in 2010 and dropped her debut album the following year. Before that, though, she worked briefly as an exotic dancer “to fund her ambitions” — which included The Queen House, Brittany’s own plus-sized clothing store. 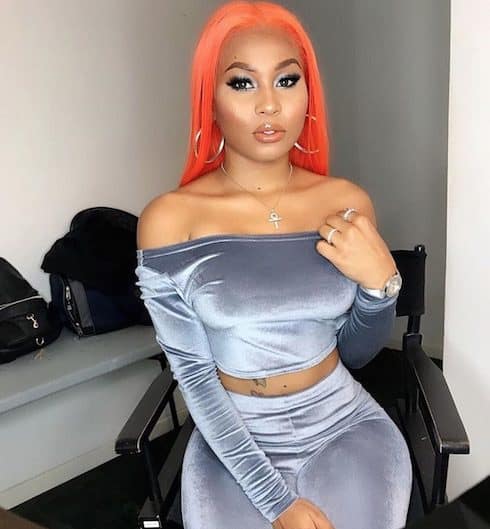 Between then and now, Brittany was also scheduled to make her reality TV debut with the since-canceled project Love & Hip Hop Houston. Devotées of the franchise will recall that LHHHouston and LHHMiami were both filming pilots at the same time back in 2016; Houston didn’t make the cut, though, thanks in part to an alleged gunfight between Just Brittany and Jhonni Blaze in which a cameraman was injured.

Additionally, Just Brittany made headlines around the time of Signed‘s premiere when her then-boyfriend, Houston rapper Z-Ro (born Joseph Wayne McVey), was arrested for abusing her. A lengthy video featuring some of the abuse shocked Brittany’s fans, though the rapper and reality star kept a brave face throughout.

In fact, “Neva,” one of the tracks on her most recent album Brittany Houston described Just Brittany and Z-Ro’s relationship, along with some of the other personal and professional hardships Brittany has faced. Here’s the official video for “Neva”:

After the video was released, Brittany revealed that it had been shot at Z-Ro’s house in the wake of the abuse Brittany suffered. Speaking to the Chronicle, Brittany had this to say about the track:

I wanted people to know, ‘Yeah, I fell in love with somebody. They hurt me. And I keep saying I’m not gonna go back, and in the end, I do it again.’ That’s what the whole ‘Neva’ song is about. Even where I shot the video at, the things that I was going through at the time, I was going through bad relationships, even with friends.

Last July, a Harris County judge ordered Z-Ro to stay at least 200 feet from Just Brittany at all times, while the pair’s legal situation played out in court: 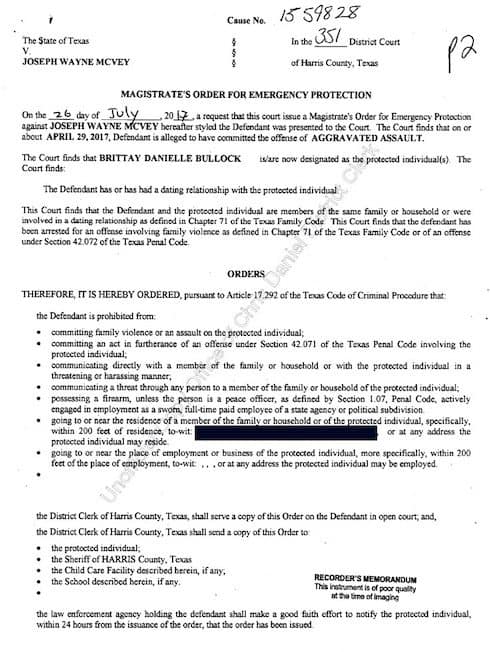 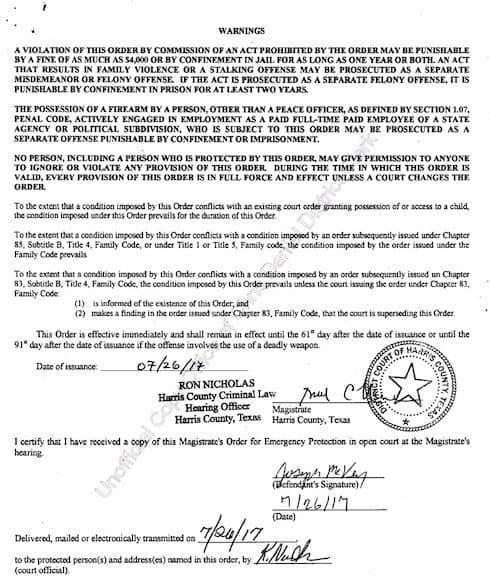 Since then, it looks like the temporary restraining order has become permanent. A second temporary order was filed last September, before a final “Protective Order” was signed in court last October: 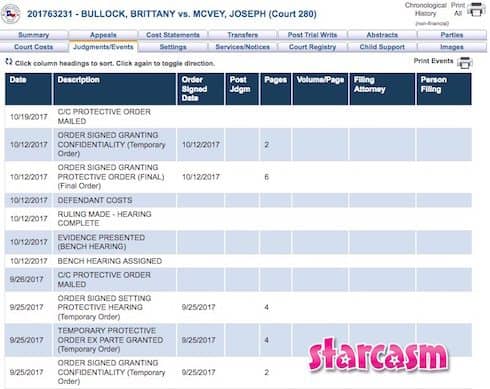 Here’s hoping that Brittany’s life has a little more reality TV drama and a little less of the real-life version in the coming months.