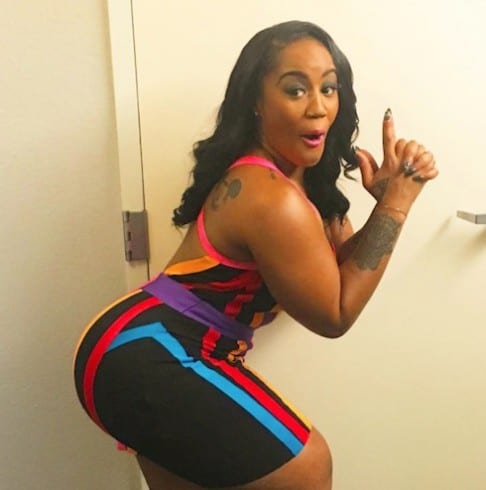 Was Love & Hip Hop Houston canceled? For a moment, it looked like the newest entry in the LHH series had been axed, thanks to reports of a gunfight on set, and a string of rumors that new star Just Brittany had been injured in the possible melee. However, Just herself took to social media to shoot down those reports, along with related rumors that her beef with Jhonni Blaze was the cause of it all.

Several late-breaking reports from yesterday afternoon and evening appeared to break the surprising “Love & Hip Hop Houston canceled” news, just days after unofficial reports of the show’s filming and the Season 1 cast emerged. According to Inquisitr‘s take, a fight between Jhonni Blaze and another cast member, since rumored to be Just Brittany, turned serious–apparently, guns were drawn, and possibly fired. Whoever was on the losing end of the apparent fight decided to draw guns “on some of the reality stars and camera crew who were present”; because the show was being taped on Blaze’s birthday, it was believed that “filming was going on in a club while Jhonni and others were trying to celebrate.”

In addition, according to Hip Hop Overload, at least one producer had a gun put in his face, “and a cameraman was thrown to the ground and threatened.” The show was reportedly “on hold” until the crew’s safety could be assured.

However, Just Brittany herself has come forward to claim that all of this is something of a misunderstanding. Earlier today, she retweeted a newer report, one for which she was interviewed–and she says that the show hasn’t been canceled, nor has production stopped. “Nothing is being canceled,” according to that report, and the beef between Just and Jhonni, though still shrouded in mystery, is apparently all behind them.

It looks like Jhonni shares that sentiment, as she posted this photo of herself and Just on her Instagram feed shortly after the initial reports emerged:

I can’t let social media Tear things apart we rep Houston so we have to show what Houston stands for ! Jhonni Blaze X @queenjustbrittany

Hopefully, we’ll get official “Love & Hip Hop Houston canceled” word over the next few days. The show hasn’t yet been given a premiere date.

The Real Housewives of Potomac reunion spoilers: Fights galore, and one shocking announcement