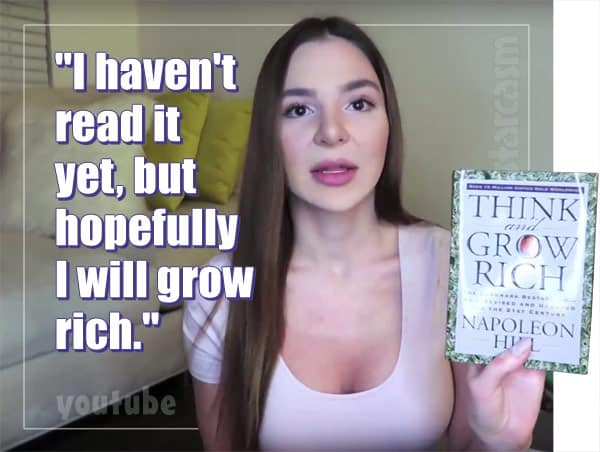 90 Day Fiance: Happily Ever After star Anfisa Nava has returned to YoTube for the first time since she lashed out at husband Jorge Nava on Instagram and later had her Instagram account suspended. In a sign that the couple may still be having issues, the video is the first on Anfisa’s channel to not include Jorge.

After that, Anfisa begins to share some of her “April favorites,” which include dresses, shoes, makeup, and…books?!

I gotta say that I kinda like it! Anfisa definitely has a sort of shy confidence that makes her fun to watch — and her Russian accent makes everything seem more interesting. Plus, I love that she puts on little mini-fashion shows for all the clothing! Here are some screen grabs of the two dresses, the jacket, and the leggings featured in the video: 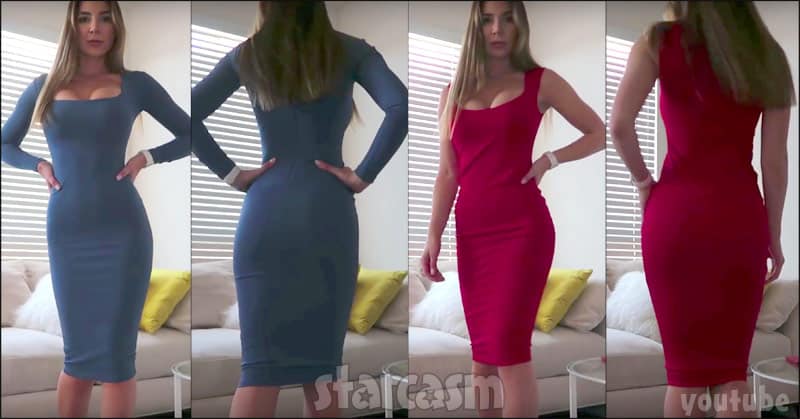 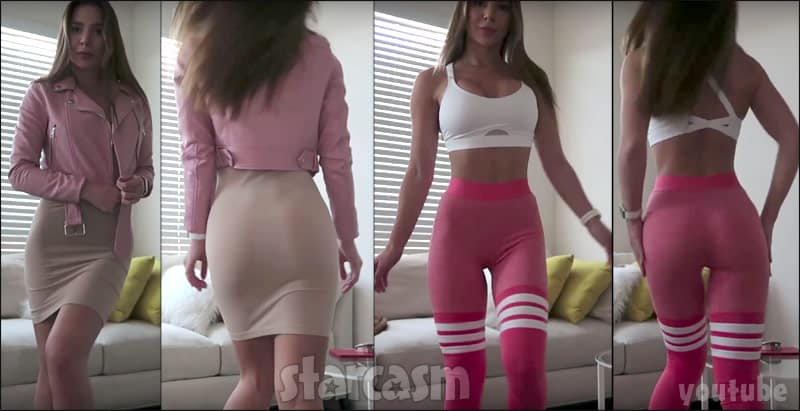 After showing off some of her recent shoe acquisitions — including a pair of Gucci kicks — Anfisa opens her (figurative) red makeup bag to share some of the recent beauty products she has tried. She then moves on to the books that she is either currently reading or planning to read soon. Among the titles she featured were Dale Carnegie’s How To Win Friends and Influence People, which Anfisa says is a good match for her because she has difficulty making friends.

“I feel like [the book is] really useful for me because I’m an introvert and I get annoyed with people pretty easily,” Anfisa says. “I like to be alone, but you know, I can’t live like that. Everybody needs to know how to communicate, so hopefully this will help.”

The next book she shares is Think and Grow Rich by Napoleon Hill. “I haven’t read it yet,” Anfisa admits, “but hopefully I will grow rich.” ?

What do you think? Does Anfisa have a future “cuhreer” as a YouTuber? I think she has a good chance — especially given the boost she’s getting from being on 90 Day Fiance and Happily Ever After. For example, this video already has almost 50,000 views after just a few hours! Granted, a lot of those viewers were probably hoping she would address whether or not she and Jorge have split up. (More on that below.) One thing I would recommend to her is to break up the different products (clothing, makeup, books, and so on) into separate videos, even if it is just fashion, makeup, and everything else.

As far as Anfisa and Jorge’s relationship status goes, I have no idea what to make of his absence from the video and the fact that Anfisa never mentioned his name or even referenced him a single time. 90 Day Fiance, Before the 90 Days, and Happily Ever After producers are very strict about cast members revealing spoilers; since it appears that whether or not Anfisa and Jorge stick together is their central story line this season, his absence could just be contractual compliance from Anfisa. I suppose we will all just have to tune in starting May 20 to find out!