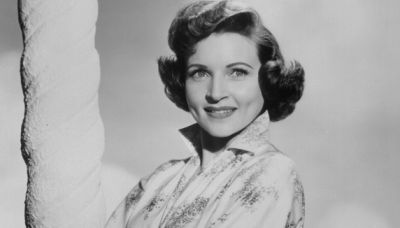 88-year-old Betty White is red hot, saucy, and on top of the world. She’s slightly bewildered by how The Internet became so enamored with her that it campaigned for her to appear on SNL, but she’s not shying away from the attention.

This is just the cherry on top of a recent banner run for Betty White, who’s been entertaining us for over 60 years. Betty recently picked up a Lifetime Achievement SAG award and starred in a hilarious Super Bowl Snickers spot. She also co-starred along side of Sandra Bullock and Ryan Reynolds in 2009’s, where she stole the show, as she always does. White also recently gained a full-time role on a TV-Land sitcom “Hot in Cleveland”, a move which may finally rocket TV-Land in from the cable netherspere.

Betty’s a true entertainer and a lesson to all those flickering starlets on an torturous quest to always stay younger and thinner, more pulled and taut. All you really need to be relevant is sass, charm, a wicked sense of humor, and the good sense to never turn down a good role (or good commercial), or the chance to shamelessly flirt with the hot guy sitting next to you. (Gabourey Sidibe may already be studying the from the book of Betty White.)

In this clip from her appearance on Leno last night White takes ample opportunity to make the most of sitting next to Hugh Jackman* throughout the interview. After a bit of playful flirting she grabs Laurie’s hand and refers to the two rows of hockey players in the audience:

“I came out all red hot to flirt with a bunch of hockey players, but I don’t have to this now . . . But I’m still available.”

Betty also reminisces with Jay about the first Emmy she ever won, which was in 1952 for a short-lived sitcom called Life With Elizabeth, which was based on a sketch from her other show Hollywood on Television. HOT was a variety show with a crazy schedule: White was on the telly five hours straight every day playing songs, doing skits, and there weren’t ever any breaks because they did their own commercials. Exhausting! Betty White was always a hustler.

This segment from Jay also features an unearthed clip of Betty using her pipes to sing a beautiful rendition of “Someone to Watch Over Me.” Isn’t there anything BW can’t do?

And in case you were wondering about that shower reference, watch the hilarious skit at the start of the show:

* I originally listed Betty White’s new boytoy as Hugh *Laurie* because I get hot Hughs mixed up in my mind.  My apologies to everyone, especially commenter “Katie.”

MTV working on ‘Save My Teen Marriage’ reality series