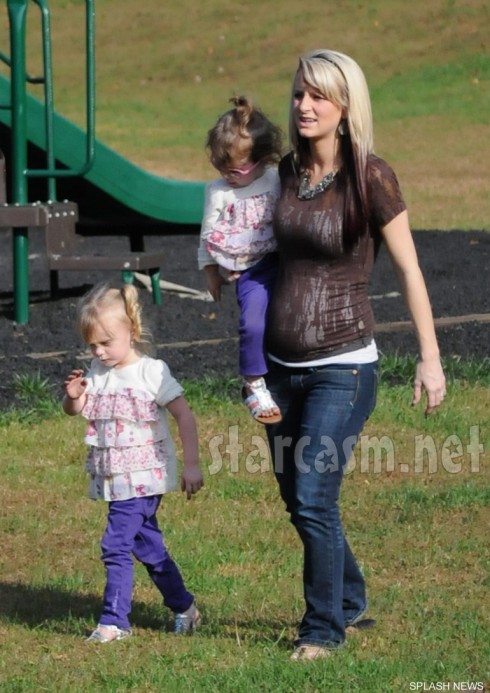 Teen Mom 2 star Leah Calvert announced on October 23 that she was expecting her third child with husband Jeremy Calvert, and now we know the sex! Older sisters Aliannah and Aleeah will need to keep a watchful eye on their dolls and teacups because it’s another girl for Leah!

In Touch revealed the exciting news just moments ago, along with the fact that Leah is currently five months along, which puts her due date sometime between late February/early March, 2013.

So now all that’s left is a name. Hmmmm… There aren’t too many girls’ names left that start with Al and end with ah!