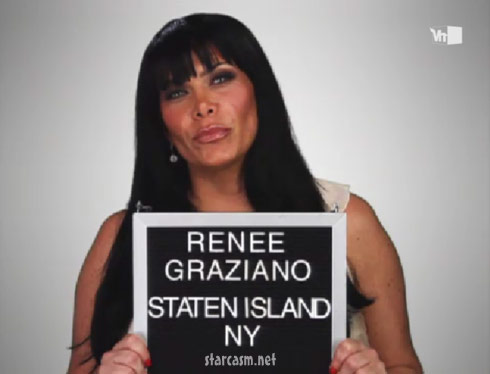 Bravo flirted with reality mafia television with Real Housewives of New Jersey, including the tough-talkin’ family-oriented Caroline Manzo, and Danielle Staub, who had a dubious past and a BFF with racketeering charges, but VH1 is going for the real thing with Mob Wives.

The “queen bee” of this Real Housewives-style show is former wardrobe stylist Renee Graziano, who’s father Anthony “T.G.” Graziano is currently serving simultaneous sentences of 11 years for racketeering in Florida ( a telemarketing scheme called “Bulls and Bears Fund”that reportedly swindled $11.7 million from investors), and 9 years in New York for tax evasion, racketeering, and conspiracy to murder two members of the Colombo crime family. The feds believe that he is the consigliere of the Bonanno crime family (one of the Five Families that reportedly run the Cosa Nostra in the U.S.)

According to the book Five Families, Graziano, who was the “acting” consigliere before he got promoted to the full position, reportedly headed “a crew in Staten Island and Brooklyn that was a prolific distributor of cocaine,” ran a $500,000 loan shark business, and operated illegal Joker Poker videos.

In 2001 Graziano, who was in his early sixties, made a trip to Mexico to see his godfather, Joseph Massino. Known in the press as “The Last Don,” Massino was the boss of the Bonanno family, and it is believed by FBI agents that during this trip Massino appointed Graziano the consigliere position.

December 2001, Graziano was frisked by FBI agents when he left a Staten Island restaurant and they found and envelope full of $5000 worth of illegal pay-offs.

December 23, 2002, Graziano pleaded guilty to the New York tax evasion and racketeering charges, including conspiracy to murder the two Colombo men in 1994. When he wa 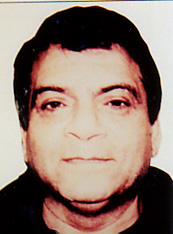 s sentenced in 2003 for the New York charge, his lawyer argued for leniency because he suffered from diabetes, and had gone through two bouts with bladder cancer.

According to the book: “T.G’s crew was notorious for its savagery, singeing victims with ciagerette lighters and dragging a slow-paying loan-shark client by a noose around his neck.”

From all the reports, it looks like Renee’s dad was in pretty heavy with organized crime. No matter what really happened, Renee is now making an effort to more away from the street lifestyle so her son can have a different life. According to her VH1 profile: “Renee sometimes longs for the good old days, but thanks to her  friends she is slowly starting to realize that this is not a life she  wants her son to lead. She struggles to balance her allegiance to the  street life with her hopes that her son will live a life free of it all.”

On Mob Wives, when Renee is asked about the mob, she coyly replied “What mob?” Renee goes on to say that she enjoyed receiving the perks and power that came from being Graziano’s daughter. She jokes about receiving gifts that her father said “came off the truck.” Renee says, “I was always like, ‘Wow Daddy! You were always right behind the truck when it fell off?'”

Renee’s personality on camera (and possibly off) is quite over-the-top dramatic. She especially went hysterical when her ex husband Hector “Junior” Pagan was involved in a a giant mob bust this Jnauary.