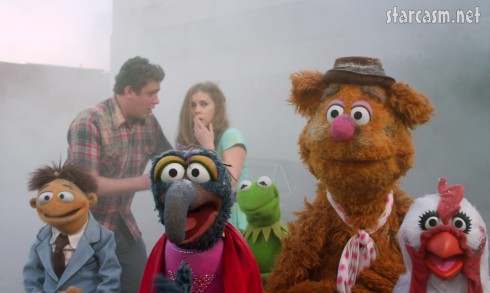 The best film you very well may see in theaters right now is the trailer for the upcoming The Muppets movie.  It was a sneaky little rom-com fooled you as stars Jason Segel and Amy Adams present a lead in to what could be the worst romantic comedy of all time but then Kermit and Miss Piggy and the rest of Henson’s gang crash the trailer just in the nick of time.

Viewers were lead to believe the trailer is for a movie called Green With Envy in which we see the relationship between Segel and Amy Adams fall apart because he forgot their anniversary {yawn} and then blammo here come The Muppets in all their glory to remind us just how much we’ve missed them.

Here is the wonderful trailer that has, for this blogger, created a must see opening day situation for the film:

This is a beautiful campaign to promote The Muppets which are already their own legendary marketing machine.  There is an official Facebook page for Green With Envy along with the following movie poster that would make even buttered popcorn unsettle in your stomach: 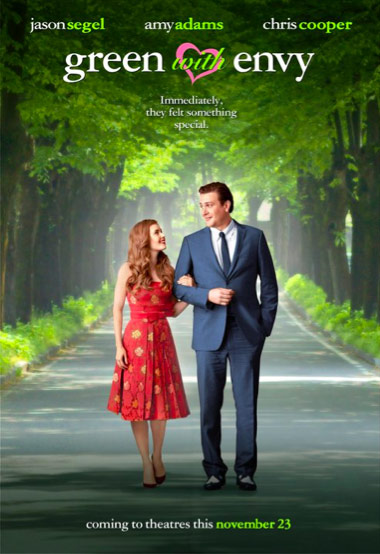 Wonderful, wonderful, wonderful, wonderful.  Sometimes it’s difficult to be taken to that magical place where you can find your rainbow connection and sometimes it’s just delivered right to your door by a bear and a frog driving a Studebaker.  Along with Segel and Adams such high profile stars as Jack Black, John Krasinski, Danny Trejo (awesome), Selena Gomez, Neil Patrick Harris, Ricky Gervais and Katy Perry (boobtastic) are scheduled to make cameos among many others.

Come to think of it there are four to five cinema stars I would see in anything including Daniel Day Lewis, John Cusack, Clint Eastwood and Fozzie Bear.  Kudos to whomever came up with this campaign that actually increases my desire to go see The Muppets.

“OK, so a guy asks me ‘Did you take a bath today?’ and I said Why is there one missing? Wocka Wocka Wocka!” – Fozzie Bear

Here are a few caps pulled from the trailer: 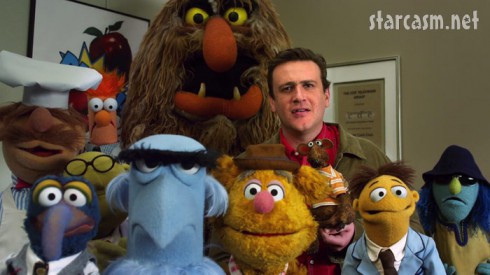 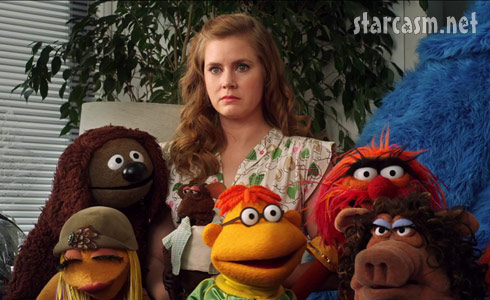 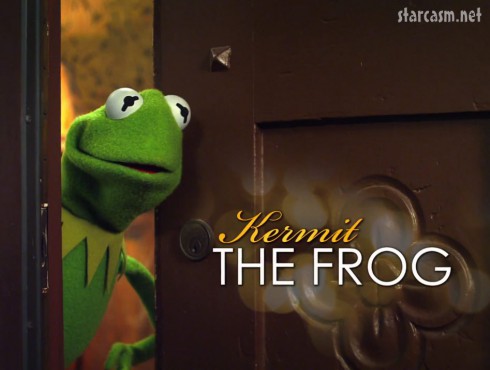 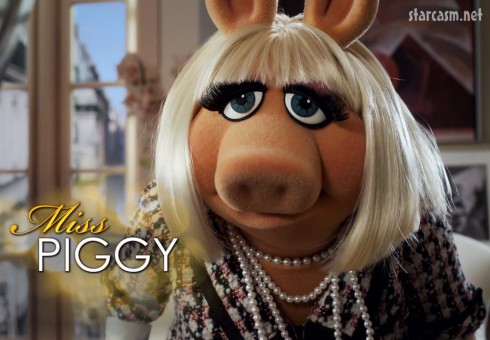