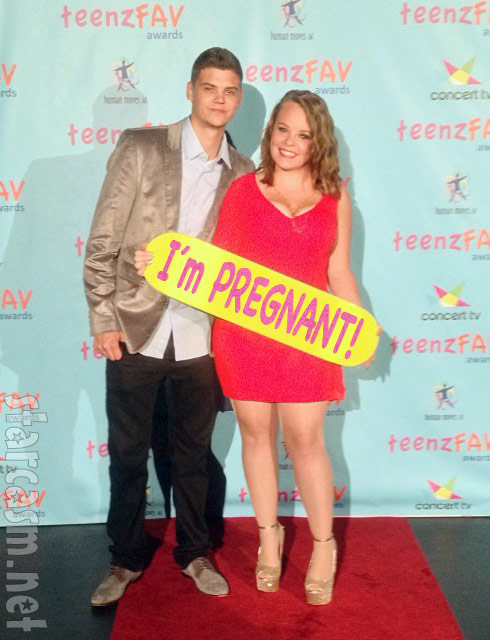 Teen Mom stars Catelynn Lowell and Tyler Baltierra made headlines last month when they revealed they were trying to have a baby, and now it appears that their “hard work” has payed off! Catelynn’s brother River actually spilled the beans first on Facebook:

He later revealed that he thought Catelynn was due January 10.

April later confirmed in the comments that it was Catelynn who was expecting and she added that Catelynn was 4 weeks pregnant. Catelynn and Tyler were in Ireland in early April, so perhaps her conception was due in part to the luck of the Irish?

Either way, congratulations to Catelynn and Tyler! So far there has been no official confirmation from either of them, although Tyler did leave a comment under April’s announcement post, writing, “Love you momma!”