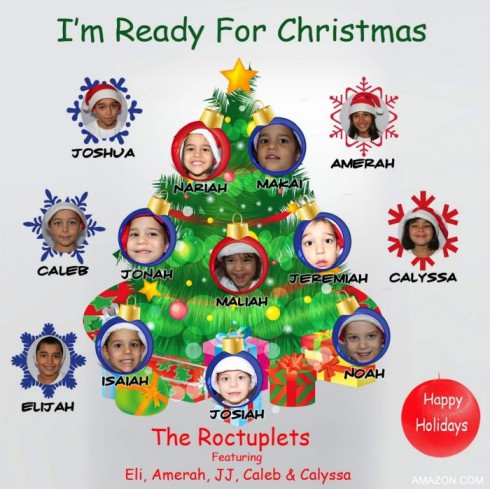 Nadya Suleman’s octuplets have channeled their inner singers and will now be known as the Roctuplets. Well, at least for the holidays. The kids have even released their first single. “I’m Ready For Christmas” made its debut over the weekend and is now available for purchase. In addition to that, the kids have put together a video to go with it!

“This is just one of many children’s songs they are going to come out with,” their publicist Gina Rodriguez tells OMG!. ‘The kids had a lot of fun recording and shooting the video.” The song was sung by Nadya’s three-year-old octuplets as well as her other children (with the exception of Aiden who suffers from autism) and was written by rapper Romeo Holloway. 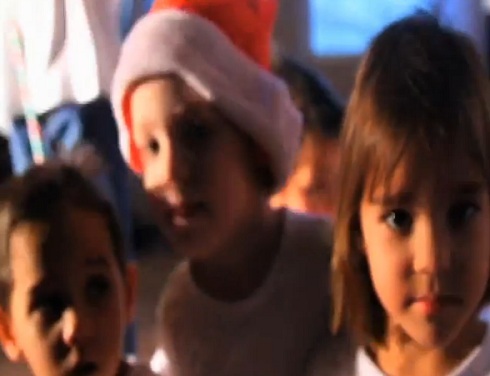 Nadya, who just recently bought a home in Palmdale, does not appear in the video or on the album cover, which isn’t all that surprising considering she’s been in rehab for prescription pill addiction since last month. Luckily for Nadya, she’ll be coming “Home for the Holidays” though! (Hint to her children for their next single)

“After 30 days Nadya will be coming home three days a week with staff from the Chapman House and then returning to the facility,” her rep told Rumorfix just yesterday. “Nadya’s first visit home will be Thanksgiving Day. She is looking forward to being home and spending time with the kids for Thanksgiving.”

“I’m Ready For Christmas” is available on Amazon for just $0.99.