I wish I was making this up.

When folks over at Walmart were deciding on a sub category for Halloween costumes, they declared “Fat Girl Costumes” would be an appropriate label.

An online shopper named Kristyn Washburn first noticed the website snafu. She took to twitter to alert Walmart of its labeling issue and received a generic response:

Since this story broke, the retail giant has since changed their site from “Fat Girl Costumes” to “Women’s Plus Size Halloween Costumes” as well as apologized. 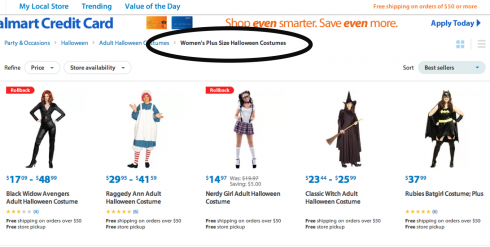 Apparently, this verbiage hasn’t upset everyone. Even so, Walmart keeps offering their canned apology: 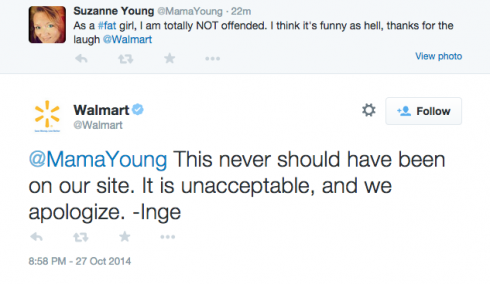 There were also reports that a banner uptop the “Fat Girls Costumes” section read, “Make it a monstrously big Halloween for less.”

Does the label “Fat Girl Costumes” offend you?