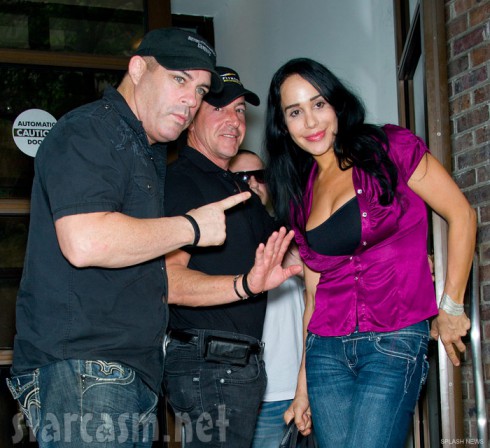 In “inevitable, but purely speculative, you-heard-it-here-first” news, fame-addicted Michael Lohan and Octomom Nadya Suleman were photographed together earlier today heading into the studios of Fox 29 in Philadelphia where they were both scheduled to appear on the station’s Good Day morning show.

And speaking of people in “desperate need of money right now,” Michael Lohan was also on the show (we assume – the site didn’t share a clip of his appearance). I’m sure MiLo was turning on his Lohan charm and adding some extra Axe body spray as he pitched some serious woo Nadya’s way in hopes of becoming Octodad. Those 14 kids need a father figure right? And who better than Hollywood Father of the Year multiple award winner Michael Lohan?

Here is another photo of Nadya Suleman, Michael Lohan, and celebrity fight promoter Damon Feldman outside the Fox 29 studios: 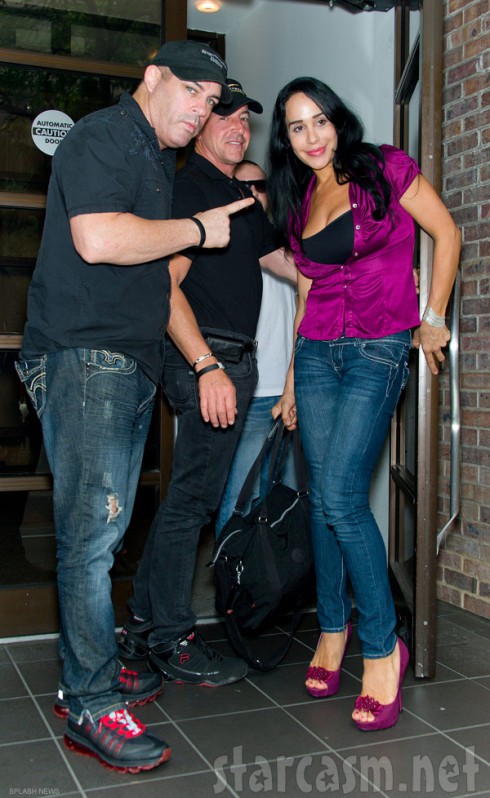 None of this is good news, but I have to confess it would be priceless to see video footage of Lindsay’s reaction when her dad introduces her to her new step-mother Nadya Lohan and her 14 new step-siblings!

Although this post is purely speculative, I would like to propose some sort of government regulation on the activities of television and radio stations and other event organizers that would prevent star alignments like this when young children’s lives are at stake. Putting Nadya Suleman and Michael Lohan in the same room together is just downright irresponsible! I think Dr. Drew would agree.