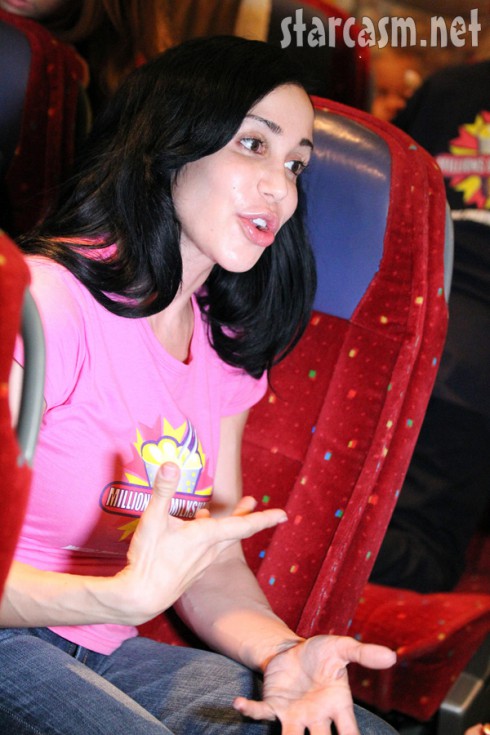 Remember that interview last week where “Octomom” Nadya Suleman was quoted as saying that she “hated” her babies, called her older kids “animals,” and said she was suicidal and regretted having them? Also there was supposed to be a photo in existence of one of her children eating drywall?

Nadya is now denying every word.

Tabloids magazines like In Touch are notorious for “playing” with the truth: skewing headlines beyond all recognition to the actual story inside, quoting “friends” and inside sources that may be lying, and looking for every opportunity to twist words and take them out of context. However, they usually don’t just make up actual, sensational interviews with the real people involved. If they print that Nadya Suleman talked to them, she probably did, and she probably said those things. If they said that an “inside source” said those things, then it’s easier to write the whole story off as lies. I’m guessing they probably coaxed her and made her feel comfortable, so she said some less-than-desirable quotes while not thinking about the fact that she was talking to a publication.

If In Touch did fabricate this depressing interview with Nadya, then she has grounds to sue, and lord knows she needs the money (though she did reportedly bring in over $20 this June, she still needs a lot more to keep this ship afloat.