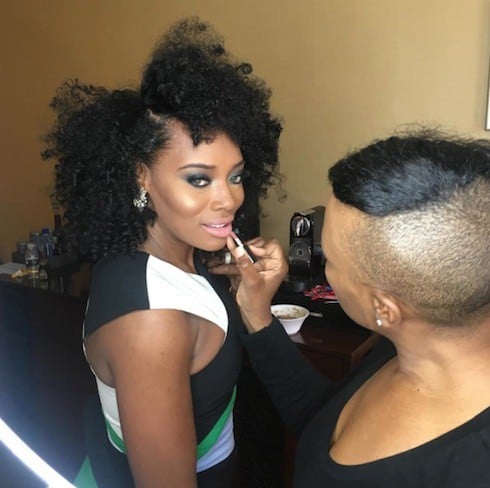 Love & Hip Hop New York Season 7 has more or less been taken over by the ongoing Mendeecees baby mama drama. The newest episodes feature countless scenes of Yandy and Judy trying to undercut and / or face down Samantha Wallace and Erika D, and, despite the show’s best intentions, it’s easy to get lost in the extensive history the three baby mamas share. At times, the drama becomes so all-consuming that even the most devoted fans could be forgiven for asking “How many baby mamas does Mendeecees Harris have?”

Ahead of the two-part reunion, they all sat down with VH1 (separately, of course), and explained the ties that bind that three of them to Mendeecees–and to each other. According to the baby mamas, the basic facts of their entanglement are these:

-Samantha met Mendeecees at a club in 2002, when she was 19. They dated for three years, and had Lil Mendeecees in 2005.
-Samantha broke up with Mendeecees in 2006, after she found out he was cheating. But, according to Samantha, Erika was not the woman who came between she and Mendeecees.
-Erika met Mendeecees in 2003, and “it wasn’t exclusive,” meaning, as Yandy put it, “them two had some kind of fling (or) relationship.” But Mendeecees told Yandy he didn’t meet Erika until 2009.
-Yandy met Mendeecees in 2006. She had a boyfriend at the time, but he was “the love of [her] life at first sight,” and the two “became official” in 2008.
-Mendeecees told Yandy she had been employing Erika as a nanny for his children, and that nothing was going on between them.
-Thus, the drama became amplified when Erika got pregnant with Mendeecees’ second child after he and Yandy were officially a couple, and before Yandy had been told that anything was going on between Erika and Mendeecees.

To hear Part 1 of the drama from the baby mamas’ own mouths, grab a beverage, prepare to forgive the network its Unsolved Mysteries-style dramatic music, and check out the video here:

After that, the stage was set for some increasingly nasty battles between the women. Complicating things was the fact that, by Yandy’s admission, she and Mendeecees broke up “five or six times” between 2008 and their pseudo-marriage in 2015. And Samantha acknowledged that her blood boiled when she found out Mendeecees was going on Love & Hip Hop New York and “parading” his secret love lives before the show’s cameras.

Yandy further explains that she didn’t find out Erika was pregnant with Mendeecees’ child until she and Mendeeces had been back together for seven months after their final major breakup–by which point the two of them were not married, but Erika was about to give birth to she and Mendeecees’ child (in the fall of 2012). But Yandy claims that she “never knew Erika had issues with [her].” And Erika claims that Yandy smeared her as “the side chick” even though she had the calm home life that Yandy “always wanted.”

What do the women want now?

Yandy: “I just want to keep these kids together. I never had an issues with these ladies.”
Samantha: “If we’re gonna be on reality TV, we need to be honest.”
Erika: “Hopefully all this pettiness, cattiness, the lies, will stop. Maybe people will open their eyes…and move on from there.”

Here’s part two of the feature:

Which parts of the three stories are true? It may be impossible to ever know–and, based on the rumors coming out of the LHHNY Season 7 reunion taping, the women might not be done with their feud just yet.

(Photo credits: How many baby mamas does Mendeecees Harris have via Instagram)