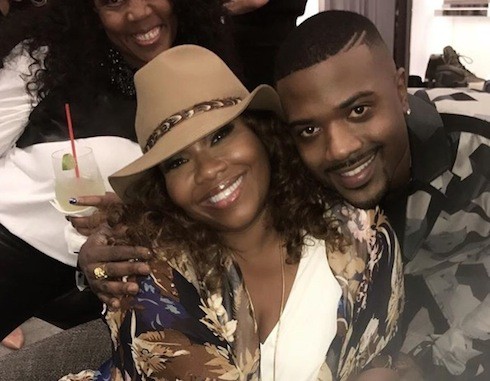 It looks like fans of Love & Hip Hop Hollywood who can’t wait for Season 4 and skeptics who wonder “Is LHHH scripted?” have both gotten a new reason to scratch their heads. A new report from TMZ alleges that the cast has been forbidden from fighting on camera anymore–and that their paychecks will be docked if they break the rule.

RELATED: REPORT Half the LHHH cast to be fired following latest reunion special

The report claims that the cast of Love & Hip Hop Hollywood specifically has had a “no-fight clause” added to everyone’s contract. Apparently the show’s producers “are sick of all the fighting” between cast members, since it often “results in production delays.” (Devoteés will recall that filming for the recently canceled Love & Hip Hop Houston was delayed several weeks after a gunfight broke out during one of the first days of that show’s shoot.)

Technically, though, fights are still allowed–it’s just that the fine for brawling will be stiff. There’s no set amount specified in the new contract: the financial penalty will be “based on the severity of the fight” and doled out “at the discretion of producers.” And it’s important to say “financial penalty” as distinct from other forms, since “suspension and termination” from the show are also possibilities, if things get way out of hand.

There’s no word yet on whether the new Love & Hip Hop cast rule will also apply to New York, Atlanta, and the forthcoming Miami. Frankly, though, we’re surprised that VH1 se tthis particular rule after the most recent season of LHHH, considering how over-the-top (and battle-prone) LHHATL Season 5 and LHHNY Season 7 have been. Hollywood was pretty tame by comparison 😐