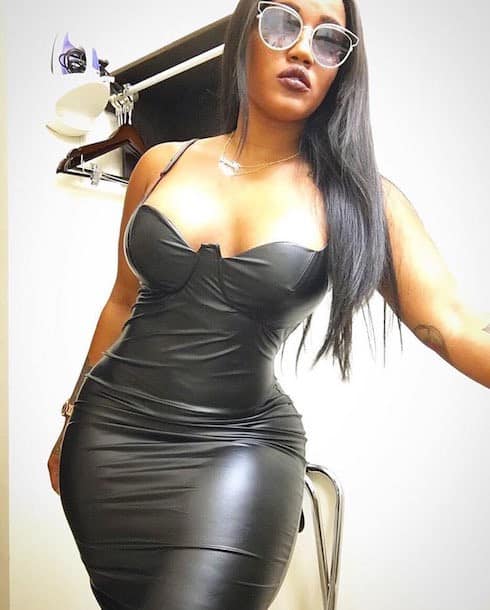 Given all the LHH Houston canceled rumors flying over the past few months–and one report suggesting that the show’s production had shut down completely for an indefinite period–you could be forgiven for forgetting that the show existed, let alone that it’s still being filmed. If new cast member Jhonni Blaze is any indication, though, we can expect some seriously high-octane drama from the first season of the newest member of the Love & Hip Hop family!

Blaze, who was hospitalized earlier this summer following a suicide attempt, was already partly responsible for the first LHH Houston canceled rumor: namely, that a gunfight between cast members had caused VH1 to pull the plug on the show almost as soon as filming began. At first, it looked like Blaze and fellow cast member Just Brittany–plus their assorted crews–drew on each other in the presence of cameramen while shooting scenes at a Houston-area club for Blaze’s birthday. The two quickly dismissed the story and patched things up on social media, and that was believed to be the end of the spat.

More recently, though, Blaze again took to Instagram to share her side of the story of a fight with her boyfriend. Blaze claimed she’d had some of her teeth knocked out in the fight, after her boyfriend shoved a glass bottle into her mouth. Though her original post has since been deleted, The Shade Room managed a screencap, and the lengthy caption beneath it comes courtesy of BET. It looks like someone going by the name “Mister Star Quality” is to blame, in Jhonni’s view:

#PressPlay: #JhonniBlaze claims that her former boo choked her and knocked out her front teeth. We're hoping the two can resolve their issues in a safe and peaceful manner.

I guess I pushed the bottle in my own mouth @misterstarquality you took my password to my social media had my phone password tried to take over my whole life and destroy my as a person choken me for 12 seconds and thought flowers were ok to do everyone saying where my bruises LOOK AT MY F*****G MOUTH ! I decided not to call cops on you and you take that for grander !?? You preach all this stuff about you a good man all them videos you be talking down on me in other chicks dm clowning me you told me to kill myself and when I almost died three weeks ago you snapped a picture and Sent it to the blods and pretended not to know where it came from so if I get locked up trust me I will be also now because I’m always trying to be the better person I will make sure you get locked up for what you did to me face ! My life and my mind ! Now how much proof I need everyone knows I wouldn’t just randomly fall man come on.

In addition to the above drama, Jhonni has been stirring up news for Love & Hip Hop Houston and her sure-to-be-huge role on it simply by plying her trade. Blaze raised eyebrows (among other things) after a recent performance at a Philadelphia strip club–one in which she was filmed shooting alcohol out of her vagina. Yes: as has already been pointed out, Blaze didn’t wait for the audience to make it rain on her, but decided to do them the favor instead. While we can’t embed the video here, we can link you to it; click here if you would like to see exactly what a Jhonni Blaze strip show looks like. Because once LHHHouston airs, she’s going to have to perform the trick on demand for the rest of her professional life.

Love & Hip Hop Houston does not yet have a premiere date.