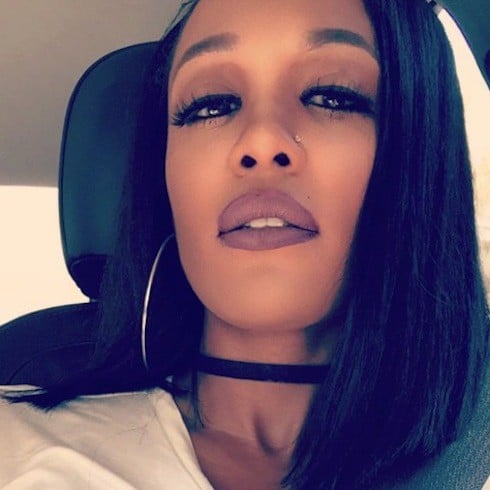 Shanda and Willie’s storyline has proven to be one of the most dramatic of Love & Hip Hop Hollywood’s still-young Season 3, so it’s not surprising that Shanda herself would provide an interview on the state of her marriage for VH1’s cameras. What she shared, though, has fans raising their eyebrows over the possibility that the couple are *still* split up–something that rumors alleged before the LHHH Season 3 premiere, but that’s been unsubstantiated so far.

Stories of Willie Taylor’s infidelity broke well in advance of the season premiere, right alongside rumors that he and Shanda were actually still split up, and that their permanent split would be revealed in the Love & Hip Hop Hollywood Season 3 finale, slated to air later this fall. Of course, rumors involving the possible spoiler were exactly that–rumors–and have yet to be confirmed by anyone close to the production of the show. (It’s worth pointing out that they have picked up steam since the introduction of Kyesha, Willie’s side piece, and her alleged pregnancy by him–click here for our full-length Kyesha Shalina bio and photos.)

In the following new interview, Shanda does acknowledge that she and Willie split, but makes sure to state that the split was only temporary. “We went to a [counseling] session, [and] it didn’t go well,” she explained. “But I feel like the love I have for my children kind of keeps me wanting to make it work, but we did kind of like separate. And I feel like, look if you want this sh!t, fight for it.”

On the other hand, Willie’s most recent Instagram update–a selfie taken at the beach–

–looks an awful lot like the setting for a similar shot that Shanda shared only a few hours before, while the most recent episode of Love & Hip Hop Hollywood was still airing (and while the pair attempted a reconciliation on the beach, one filmed months earlier):

True, there’s not exactly a shortage of beaches to be had in southern California, and Shanda and Willie could have been at completely different places. But the timing of the the two Instagram updates has LHHH fans wondering if maybe the rumors *aren’t* true, and that the couple is back together after all.