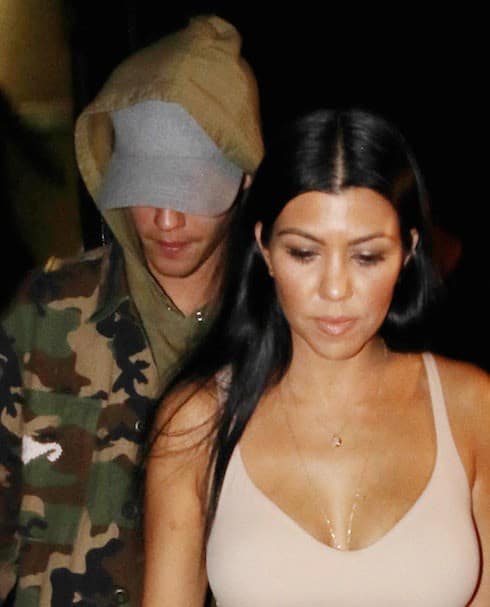 There might be new life in the rumors of the Kourtney Kardashian children soon numbering four–and, as usual of late, they center on the possibility that Kourtney has gotten pregnant by none other than Canadian boy toy Justin Bieber. Apparently, Kourtney has been hiding her midriff on social media, which has led many to speculate that she really is pregnant. The current rumor marks at least the second time Kourtney Kardashian has reportedly been pregnant this summer; previously, Justin was said to have done the deed sometime in the spring, and that, while he refused to take a paternity test, he was the most likely candidate for fatherhood. In addition, Kourtney’s Nantucket vacation was heavy on Scott Disick visits, and speculation about the condition of her womb was rampant following that high-profile, low-key trip.

Currently, a Hollywood Gossip report cites “chatter” stemming from Kourtney’s recent social media updates, in which she appears to be shielding, hiding, or otherwise disguising her tummy…and its growing baby bump. The seemingly strategically placed dog in this photo, from last week, was given as further proof: 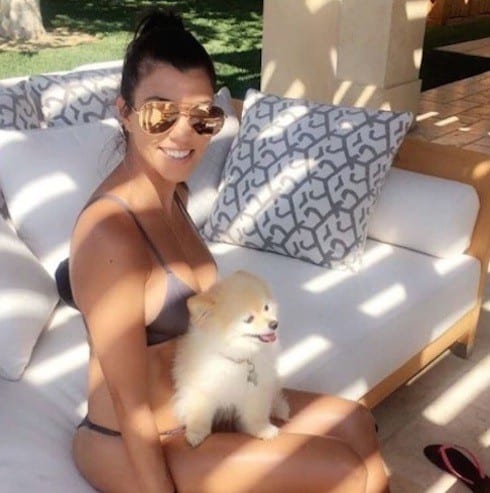 If that evidence seems a little flimsy to you, you’re in good company: a competing Inquisitr dispatch took the opposite tack, claiming that the number of Kourtney Kardashian children in the world will remain at three for the foreseeable future. Kourtney took to the beaches of Malibu with Mason, 6, and Penelope, 4, for a beach outing last weekend, and to many onlookers was conspicuous about “showing off a flat stomach” while “frolick[ing] about.” The Inquisitr article also suggested that, while Kourtney and Justin do keep in touch, it’s “only as friends,” and that Kourtney remains “in full support” of Justin during his current spat with perpetual ex-lover Selena Gomez. 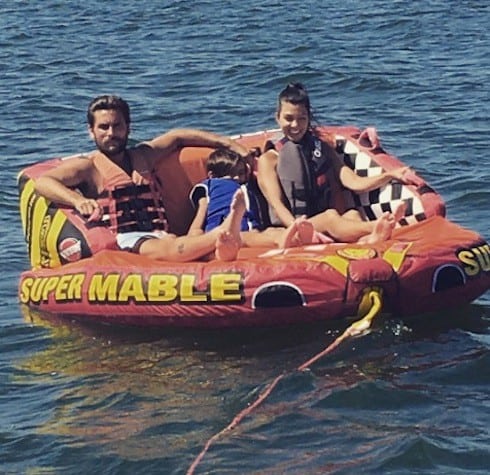 But how does Scott Disick factor into all of this? Apparently, not all that prominently: Kourtney is still worried about giving her 32-year-old baby daddy the wrong idea about her feelings. And, to hear Kourtney tell it, that’s because Scott has a rather wild imagination: “I’m so happy that Scott and I are getting along so well, and that we’re co-parenting,” she explained recently. “But I think hanging out with Scott without the kids…Scott can just take any little thing and run with it and think that, like, we’re getting back together tomorrow.

“Right now, I can’t even wrap my head around that idea,” she said, firmly. “There’s so much work that would be involved, and I’m so not even there yet.”

REPORT Bruce Jenner is transgender, wants to be a woman, being blackmailed by Kris