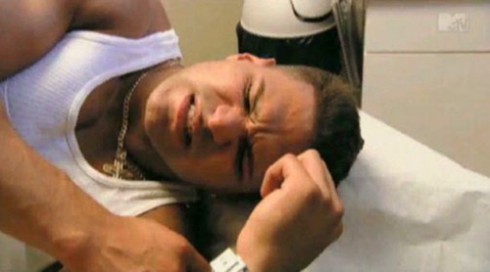 Sammi, who punched him last episode and now regrets the violence, went with him to the doctor to him checked out.

Hopefully we can take as a spoiler the fact that there’s been no press that Ronnie’s battling a serious illness.

The doc told Ronnie to lay off the drinking, and that should stop the bleeding. Ronnie agreed to not drink as much anymore. Probably should lay off of the Xenadrine too.

As Sammi says “Who wants to bleed out of their butt? I wouldn’t.”