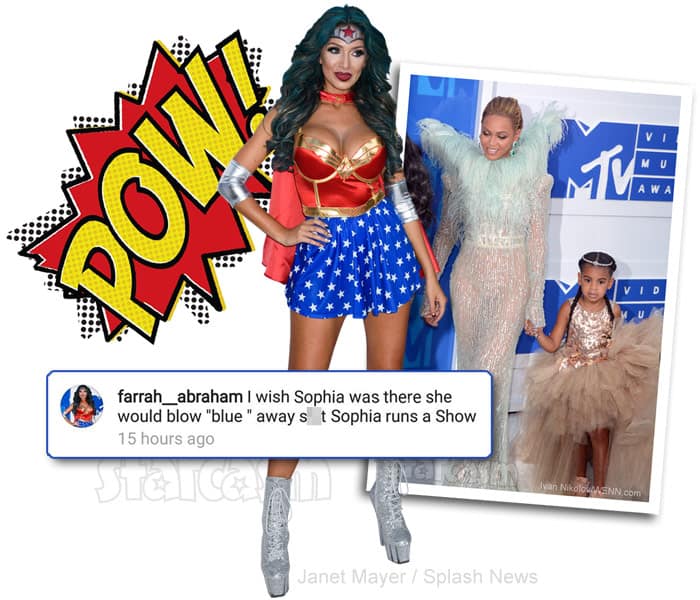 There aren’t many celebrities better (or would it be worse?) at picking a social media fight than Teen Mom OG Farrah Abraham, but perhaps dressing as super hero Wonder Woman for the MTV Video Music Awards had the reality star feeling a bit overconfident as she went after the The Princess herself, Beyoncé’s daughter Blue Ivy Carter!

In truth, Farrah didn’t necessarily say anything negative about Blue Ivy, she merely pointed out that Blue could not hang with her own daughter, Sophia. Farrah posted an Instagram photo similar to the one below of Beyoncé and Blue on the VMA red carpet and wrote: “I wish Sophia was there she would blow “blue” away.” Farrah then added: “Sh!t Sophia runs a Show.” 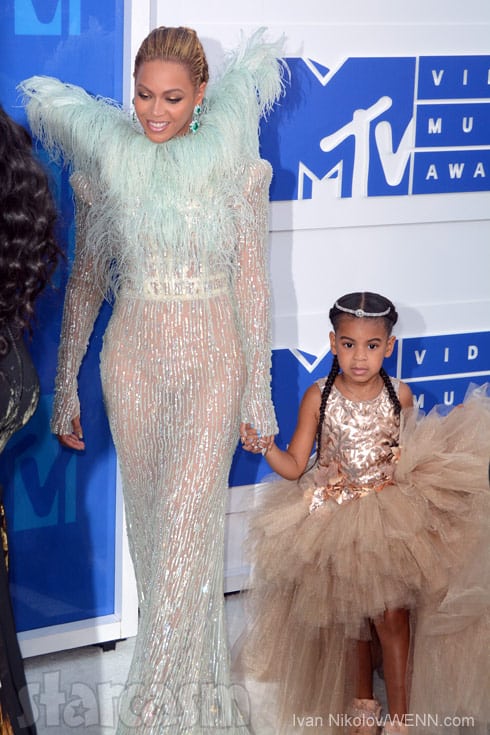 As you would imagine, the comment got the Beyhive a-buzzin’, and Farrah’s Instagram comments quickly began to fill up with angry words and bee emoji. Farrah later deleted the photo with her comment and seemingly tried to make nice with this next photo montage that includes Blue Ivy (and herself) along with the caption: “Love them all ❤️?????”

The Beyhive was not impressed:

Farrah later reached out to Radar Online about the whole Beyontroversy and suggested it was just a big misunderstanding. “I believe there is some confusion here,” Farrah says. “I loved them on the carpet and I would have loved if MTV would have let me bring Sophia since she’s a star on the network.”

Farrah clarified further by adding, “No hate here just voicing what a great thing it would be.”

Meanwhile, Farrah’s official Facebook page was doing little to put out the fire, and instead seemed to be adding fuel to it by sharing a link to an article highlighting Beyonce’s most embarrassing moments: 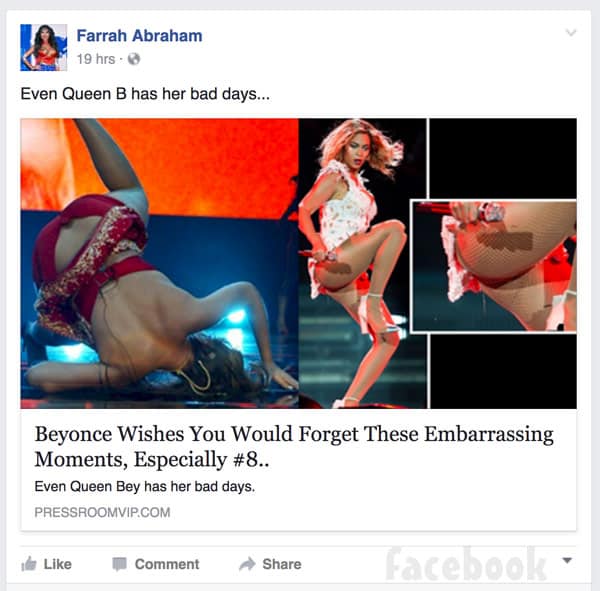 So far, Sophia herself has not commented on her Instagram page. 😉