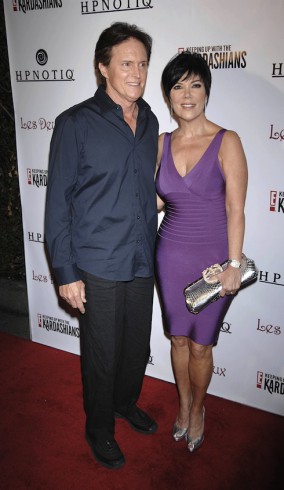 Kris Jenner has declined to comment about husband Bruce’s gender transition ever since the story was just a rumor. Now, she’s breaking her silence, and the Today show just aired the first clip of Kris’ reaction.

In a tearful conversation with Kim Kardashian, Kris admits how difficult the whole situation has been, and acknowledges that parts of her life with Bruce seem almost unreal in the wake of his announcement:

The full interview–and the rest of the family’s reactions–will air in the two-part special Keeping Up With the Kardashians: About Bruce. E! has begun publicizing the special, which they’ll show on May 17 and 18.

According to Bruce in the Diane Sawyer interview, Kim has been the most open and accepting family member, while Khloe has had the hardest time dealing with the transition. And Kris falls somewhere in between.

Following the two-part special, E! will begin airing an eight-part documentary specifically about Bruce’s transition. The network hasn’t yet announced when that series will begin.