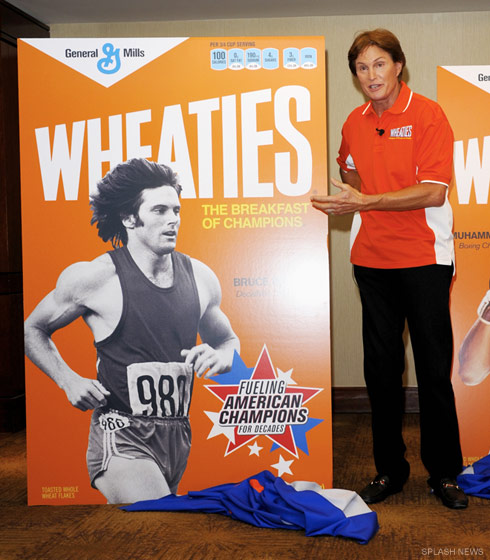 ESPN announced that Caitlyn Jenner will recieve the Arthur Ashe Courage Award at the upcoming ESPY ceremony. But not everyone is pleased–several other athletes, including Iraq War veteran Noah Galloway had been expected to recieve the honor, and many are crying foul over the network’s selection.

Galloway is an Iraq War veteran who lost a leg an and an arm in the conflict. Since returning home, he has become a successful personal trainer, distance runner, and contestant on Dancing With The Stars. He did not make an statement in the wake of ESPN’s announcement. But plenty of people made their own statements on Galloway’s behalf:

Questioning ever watching the @ESPYS after picking Jenner over @Noah_Galloway. he fought to make those choices possible for Jenner to make

Another person often cited as a potential “better” or “more worthy” recipient is cancer-stricken basketball player Lauren Hill, who fought through a brain tumor while a member of the Syracuse Orange women’s team. Hill died of her ailment this past April. Critics of Caitlyn Jenner’s selection were just as vocal in support of Hill as they were of Galloway:

Lauren Hill deserves the ESPY award for courage, and it should not even be a discussion. What an absolute embarrassment. #LaurenHillESPY

@ESPYS happy that Jenner is finding peace. But how can you not choose Lauren Hill? Total miss in my opinion.

Glad Jenner is finally able to live life on her own terms, but the Ashe award for courage? Lauren Hill deserves that.

#LaurenHillESPY Elective surgery isn’t courage or bravery. Fighting brain cancer with grace and dignity at 19 is. Lauren is most deserving.

The July broadcast of the ESPYs will mark one of the first times that Caitlyn Jenner has stepped out as Caitlyn, after leaving Bruce behind. Bruce Jenner’s biggest and best-known accomplishment was winning the gold medal in the decathlon at the 1976 Olympics.

In the wake of the decision and its attendant controversy, the following meme has become popular on social media: 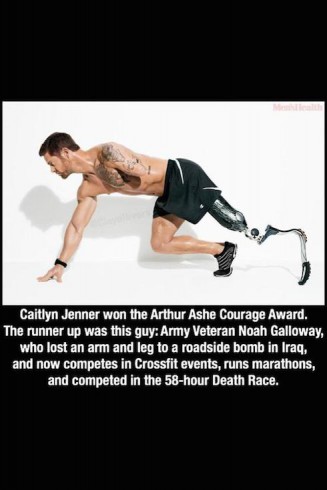 It’s important to note, though, that there was technically no runner up for the award. The network’s decision was unilateral, and isn’t based on an open- or closed-door vote. Galloway (and, to a lesser extent, Hill) has become a symbol around which those opposed to Caitlyn Jenner’s selection have rallied in the wake of that selection, and not an individual whose cause was being championed ahead of the Courage Award announcement.

ESPN has announced that its decision of Caitlyn Jenner is final. The ESPYs will be broadcast on July 15th.