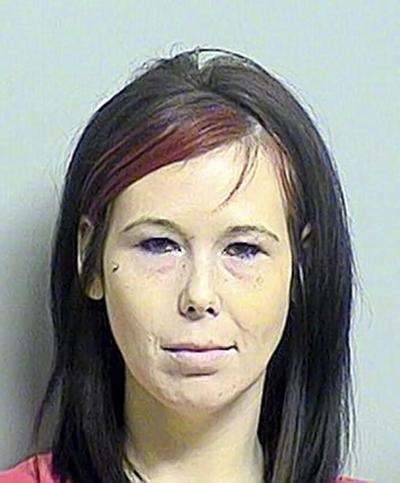 Shaynna Smith, 28, of Tulsa OK, has been charged with several rarely-cited crimes as a result of her recent funeral home slashing spree. It seems that Smith had it in for a deceased 38-year-old woman–whose name has not been disclosed–because the deceased once dated Smith’s current boyfriend. Smith went to the viewing allegedly to pay her respects. Once there, though, several of the deceased’s family members noticed that Smith had her hands inside the open coffin.

They found that Smith had hacked the woman’s hair away with a knife, and cut her “from the hairline to the tip of her nose,” according to police.

Smith fled the scene of the funeral–only to go to the dead woman’s apartment. Family members at the apartment let Smith in because she said she been “sent there to receive jewelry so that she could take it back and put it on the deceased for viewing.”

By that point, though, family members were wise to Smith’s devious ways, and had alerted the police about the corpse desecration. Officers found Smith at the dead woman’s apartment, retrieved a knife with hair on it from her person, and charged her with “illegal dissection of a body.”

Smith has not given a broader reason for her actions. Mutual friends have told the press that Smith and the dead woman were long-standing frenemies.