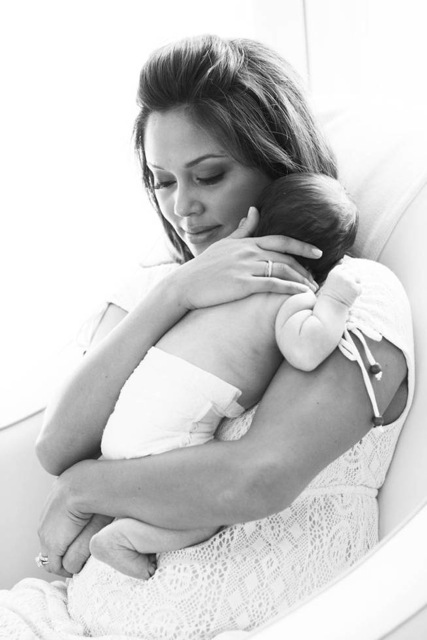 Vanessa Lachey recently opened up in a uniquely candid blog post about her not-so-unique experience with baby blues. In it, the new mom to baby Camden described feeling inadequate and frustrated with any little mistake.

“I think it’s just fear… The fear of not knowing what I’m doing. The fear of ‘messing up’ this little boy,” Vanessa wrote on her blog.

The anxiety Vanessa felt was added to by the fact that she doesn’t have a relationship with her own mother who she hasn’t seen since her parents divorced.

“I never thought a mother who hasn’t been there for me over the last 13 years would come back haunting me when I was at my lowest moment,” Vanessa wrote.

Battling a variety of emotions, Vanessa said she hit rock bottom two weeks after Camden’s birth. With both mother and baby crying uncontrollably, she handed Camden over to her husband, Nick. Then she jumped in the car, drove around with the sunroof down, grabbed some Starbucks and managed to put everything in perspective. By the time she arrived back home, she said she felt like herself again.

“I used to think it was selfish to be a new mom and ever think the word Me,” she wrote of the experience. “But now I realize there is no Camden without Me. And I want him to see the best of Me in hopes that he can grow up to be an amazing, wonderful happy man who finds his own Me in himself.”

“Symptoms of the ‘baby blues’ include sadness, anxiety, tearfulness and trouble sleeping. These symptoms usually appear within several days of delivery and go away 10 to 12 days after the birth,” reports WebMD.

Although it is so common, baby blues are rarely talked about — especially among celebrity mothers. It’s great to see Vanessa talk so honestly about her own experiences, which can hopefully help other new moms feel less alienated in their emotions.

If you have children, plan on having children or know someone who has children, I recommend reading her complete post!

Now Americans can assault their livers with fat AND alcohol 24/7 at Burger King with South Beach’s Whopper Bar!