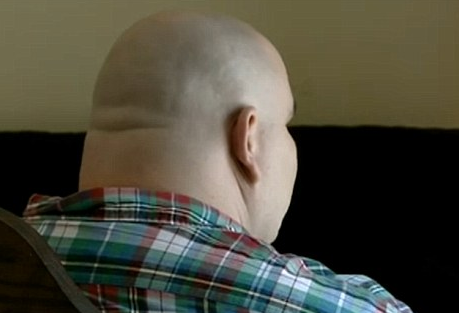 Can you be too fat to parent?

A 360 lb. man in Ottawa, Canada lost custody of his two young special needs children this week after a court ruled that he was unfit to take care of his two boys. The case is of special note because the man’s weight was a huge factor in gauging his parental fitness.

The children will have to be placed adoption because they don’t have any other family to take care of them. Their mother had a nervous breakdown last year, and the children were placed into foster care after a doctor evaluated the father, who weighed 525 pounds at the time, and found him unable to keep up with the “energetic” children. Since then the dad, who hasn’t seen his two boys in over a year, has lost 165 pounds.

The judge’s ruling describe the man as “loving” and “intelligent,” but also noted angry outburst when child services would visit, and that he “didn’t know his own strength” because sometimes just his handshake could cause pain. It also expressed worry that the man, who once weighed 525 pounds, would not be able to continue his weight loss while taking care of the boys.

“(The father) also has achieved stability in his personal life. He has lost a substantial amount of weight through daily intensive exercise and dieting. (The father’s) weight loss regime is itself a full-time job. So is parenting two high-needs children. One will inevitably have to give ground to the other.”

“His weight loss depends on an intensive daily exercise program. Parenting responsibilities will likely make it much more difficult for him to maintain his exercise schedule. He would be a single parent to two high-needs children in circumstances where a skilled, two-parent family would be challenged to cope.”

The dad was floored by the judge focusing on his weight, especially given his successful weight loss so far. He told the Ottawa Citizen: “I can’t believe the judge called me extremely overweight. The judge didn’t take into account how much I had lost.”

In the ruling, he is described as an avid World of Warcraft gamer, sometimes playing the video game for 24 hours at a time, but the man maintains that he only played it once a week from 10 p.m. to 4 a.m. Fights with his ex-wfie, and their marijuana use also came into play in this decision. The man once ran two businesses: “a marijuana grow-op and a lucrative computer business.”

Here’s part of the doctor’s assessment:

Finally, (the father) has struggled with obesity for years, which impacts significantly on most aspects of his life including (his) functioning as a parent. He was short of breath or winded in simply walking short distances about the clinic and he lacks both the mobility and stamina required to keep up with young and active children.

“Once again, (the father’s) strong personal beliefs on issues, including weight loss, make it difficult for him to accept the opinions of specialists on such matters.

(The father) needs to address his own medic-al and psychological affairs. These would include his cannabis addiction and his level of physical fitness. –

“Regardless of how much weight (the father) may have lost to date, he will continue to be at risk related to his obesity for some consider-able time. This will include not only his risk for major life threatening events, but also a lack of mobility and proneness to injury as was exemplified by (the father’s) hobbling around on crutches when last seen individually. (The father’s) health issues are magnified by his anti-authoritarian traits and refusal to follow recommended treatments. This also raises questions to his ability to make proper decisions in regards to his sons’ medical, educational or psychological needs.”

The man, who can’t be named because of child protective services laws, claims that too much emphasis was put on his weight, and that while he once “ate himself to death,” he’s now eating healthy food. He also feels that even when he was overweight, he was still fit to parent “I was never too fat to be a dad.”

There was no child abuse noted in the ruling, and the man’s home was deemed to be suitable.

What do you think? Did the judge act in everyone’s best interest in this case? Should a court take into account a person’s weight when they evaluate fitness to parent?

PHOTOS My 600 Lb Life Rena and Lee update: Are they still together?