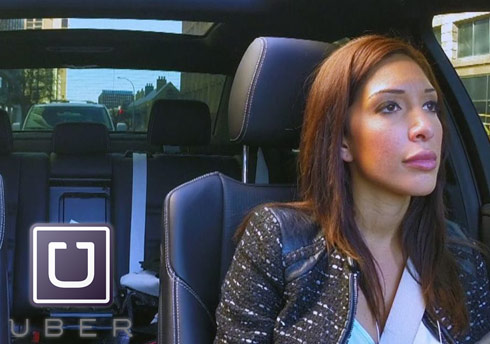 Something went wrong during a ride to the Hamptons for Teen Mom OG star Farrah Abraham.

During last week’s episode of Farrah Abraham’s new podcast Farrah & Friends, the 24-year-old claimed that “an Uber driver almost raped me” during an incident in January 2015.

Abraham was catching a lift at 2:30 am from Jericho Gardens in Long Island to the Hamptons to “get food and go to my friend’s house.”

Farrah said that her on-again, off-again (or “non-boyfriend”) boyfriend Simon Saran had to get physical with the driver to protect her. “My non-boyfriend threw him in the window and almost broke his car window. The Persian dude ran after me. The cops were like, ‘You’re harassing her’ and I was like, ‘See I told you!’ and then I went to bed.”

Page 6 reached out to Uber who had a different take on what transpired.

A rep told the outlet:

“We have no record of a complaint from a rider on this trip ever reporting any incident like this. Her rider account was banned because an Uber driver-partner reported that a friend traveling with her dumped their alcoholic drink on the front seat of the partner’s car.”

When Radar Online followed up, Farrah said, “I had my security & [boyfriend] Simon to witness the odd criminal behavior, as well [as the guy] was threatening to sue me for not giving him money for a ride I never took. I have a video and pictures. The video shows cops took care of him as he chased me in front of cops.”

This morning Radar shared the video Farrah took, but all it shows is Abraham giving the driver the ol’ what for as cops attempt to figure out what’s happening:

Nassau County Police told Page 6 they have no record of a report on the incident.