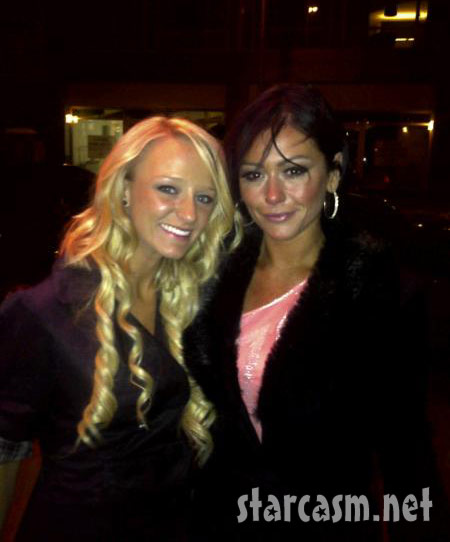 JWoww tweeted the following photo with the caption, “@macibookoutmtv <3 U.”  So why would the Jersey Shore star be throwing a shout out to Teen Mom Maci Bookout in a photo in which she appears with some unidentified young blonde?  Hey wait a minute, is that, why yes I believe it is!  That blonde IS Maci Bookout!  Man she looks different.

It’s our job to know a Teen Mom when we see one but I had to take a triple take before I realized that the girl chillin’ with JWoww was indeed Maci.  Her all-the-way blonde hair extensions and stylized grooming have made a world of difference.  I have to say, Maci has got it going on in that photo with Jersey Shore’s resident hottie.

Perhaps this new look is meant to accompany some additional surgical accessories that Life & Style magazine is reporting the young mother from Tennessee has had.  A reported friend of Maci’s told the magazine that Maci got breast implants increasing her cup size from “A” to “C.”  This is in addition to reports that Bookout is looking to get out of the volunteer state and move to Hollywood.

For the sake of comparison here’s a photo of Maci from back in May of 2010: 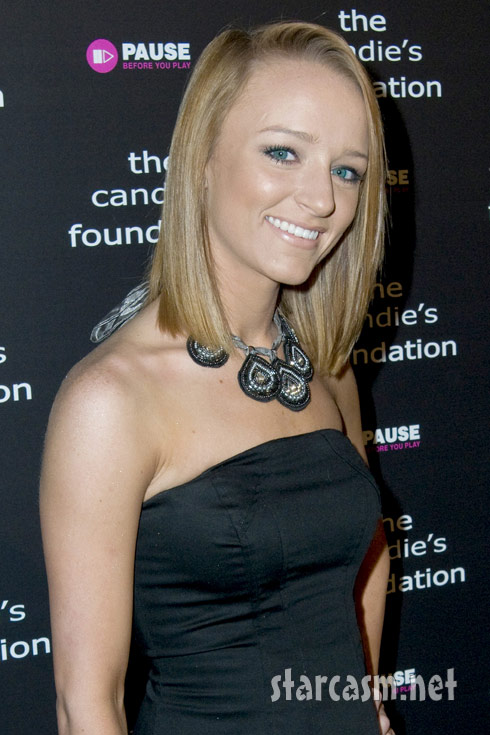 Maci has also recently been in the celebrity news cycle following some beer bong partying photos that TMZ posted.  We actually featured the same photos plus many additional pics and a booty shaking video which you can catch here.  According to the following tweet she wasn’t too pleased with the unwanted attention:

So what do you think of Maci’s new look and the reports that she has received some enhancements and is goin’ Hollywood?