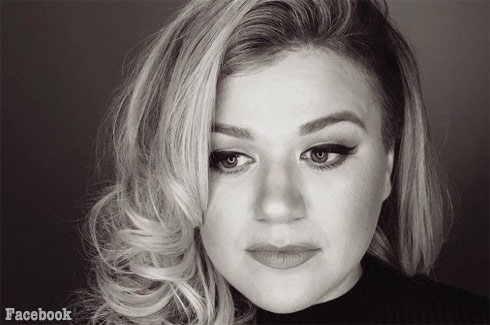 Kelly Clarkson had a clear message for any women who might be interested in working with famed producer Dr. Luke in the future. Don’t waste your time!

The 33-year-old pop star and American Idol winner didn’t pull any punches when she was asked about Dr. Luke, who is in a legal battle with Kesha over allegations that he sexually, verbally and emotionally abused the “Tik Tok” singer for years.

Dr. Luke, real name Lukasz Sebastian Gottwald, has vehemently denied the claims made by Kesha. As for his stage name, he’s not an actual doctor but the former lead-guitarist for Saturday Night Live has had the right prescription for a breathtaking amount of hit singles. “Wrecking Ball” and “Party in the U.S.A.” by Miley Cyrus, “Roar” and “I Kissed a Girl” by Katy Perry, and “Right Round” by Flo Rida are just some of the songs that he has co-written or produced.

Clarkson told Australia’s KIIS FM The Kyle & Jackie O Show, “A lot of artists that have worked with him don’t work with him anymore for pretty good, solid reasons. He’s not a good person to me. We’ve clashed. I can’t really say anything other than that.”

Although she couldn’t comment on the validity of Kesha’s claims, Clarkson had no problem attacking the producer’s character:

“Unfortunately, that poor of character – I mean so many artists don’t like you, don’t like working with you – that’s not normal… He just lied a lot … I’ve run into a couple really bad situations. Musically, it’s been really hard for me because he will just lie to people and it makes the artist look bad. And he’s kind of difficult to work with, he’s kind of demeaning.”

Clarkson did say that Dr. Luke is a “talented dude” but made it evident that she doesn’t intend on working with him again. The pair teamed up previously on hits including “Since U Been Gone” and “My Life Would Suck Without You.”

“Even the last time I worked with him I only worked with him because literally I got blackmailed by my label. They were like, ‘We will not put your album out if you don’t do this,'” she added.