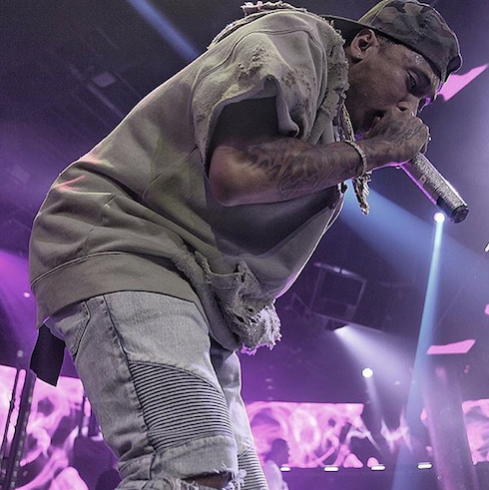 Tyga then denied that any of those things were true, except the nude photos. Those, he said, were definitely of him. (The identity of the subject was apparently obvious, even though Tyga’s lawyers got the photos taken down quickly, because the subject and Tyga have all the same tattoos.) Tyga also said that someone was out to get him–and that he would get to the bottom of this whole strange chain of events.

What the 25-year-old occasional rapper has decided to do, then, is call in the FBI. Tyga’s lawyer Lee Hutton gave a statement yesterday in which he said that his client had been the victim of malicious hacking, and that he and the rest of “Tyga’s legal team” notified the FBI in order to enlist the Bureau’s help.

Tyga’s only non-lawyered response to the emerging story has been one of disbelief:

Dealing with gossip, hate & threats – they bet against you when you raise the bet #FukWhatTheyTalkinBout #transisbeautiful

Neither Kylie Jenner nor Blac Chyna have addressed the story publicly.