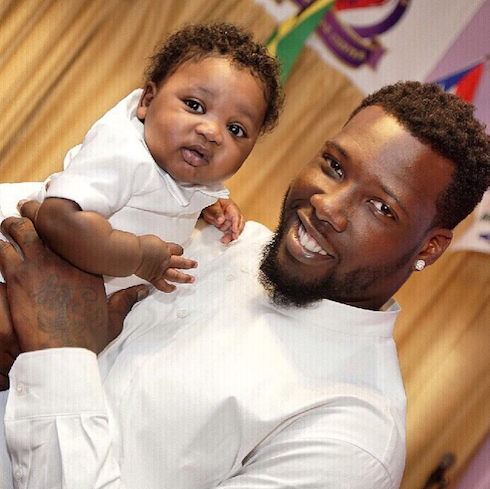 It’s been a rough week for both fireworks afficionados and fans of stout NFL defenses. Two different players were injured in fireworks accidents on the Fourth of July–and, between them, they lost a grand total of three fingers.

Cornerback C.J. Wilson of the Tampa Bay Buccaneers had a “severe hand injury” as a result of a fireworks accident at his North Carolina home. The Lincoln Times-News reported that Wilson lost two fingers in the incident, which has already necessitated two separate surgeries. According to the Times-News, “Wilson was holding a canister that contained fireworks, and the fireworks exploded inside the canister.” The paper did not go into further detail.

The Buccaneers released a statement that read in part:

We are aware that C.J. was involved in an accident that occurred over the July 4th holiday. It is our understanding that the injury occurred to one of his hands and our primary concern at the moment is for his long-term health. We have been in contact with C.J. and are continuing to monitor the situation.

The second fireworks accident has been the more high-profile of the two. New York Giants defensive end also suffered a “severe” injury from an accidental explosion, one that resulted in the Giants withdrawing a $60 million contract offer.

Now, thanks to some ethically questionable reporting by ESPN’s Adam Schefter, we know that Pierre-Paul, too, had a finger amputated. Schefter tweeted out a photograph of Pierre-Paul’s medical records in order to verify his scoop:

Though most of the responses to Schefter’s tweet questioned the legality of publishing medical records without obtaining the patient’s permission, several medical and legal authorities pointed out that the person who took the photo is subject to prosecution, and not the publishing body:

If a medical provider leaked JPP medical information, that’s a big HIPAA violation. Media like @AdamSchefter are not subject to those laws.

HIPAA doesn’t apply to media who obtain medical records of others. Invasion of privacy does, but 1st Amendment offers a good legal defense.

It’s entirely possible that both players will see the field this season. Still–best wishes to both as they recover.

Michael Sam and his boyfriend are engaged. Now what?