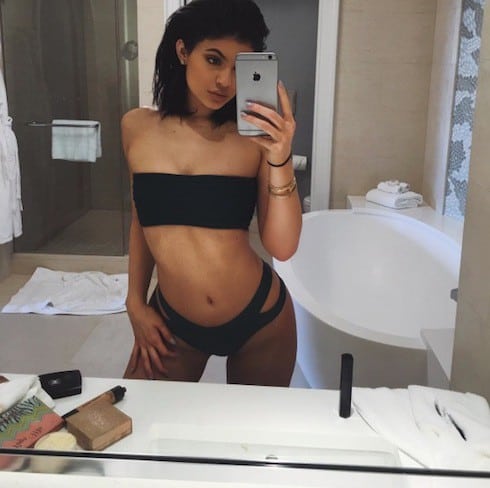 The Kylie Jenner trademark battle is the first in the 18-year-old’s life not being waged over social media. Instead, Jenner’s team of lawyers is battling with Australian pop sensation Kylie Minogue’s legal crew over the commercial rights to the name “Kylie.” But can Kylie Jenner trademark her own name? And will an American court grant her exclusive rights to it?

It’s perfectly legal for a person to copyright a name, provided you can prove damage would be done to your reputation and / or earning power if you weren’t the one in charge of it. Steve Borden, for example, is best-known as the professional wrestler Sting–and he owns the rights to the name, according to an Uproxx article which cites the US Patent Office. (According to a rumor that’s so fun we can only hope it’s true, Wrestler Sting very graciously allows Musician Sting to use the name for a fee of $1 per year.)

So, the current Kylie Jenner trademark issue wouldn’t even have come into being were it not for an older and more internationally known Kylie, who’s claiming that she’s had dibs on the name since well before Kylie Jenner was born. 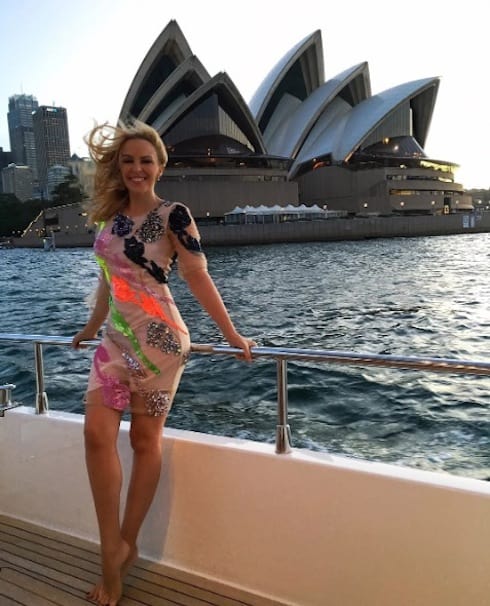 Hello….. My name is KYLIE #lightyears

47-year-old music and fashion icon Kylie Minogue, perhaps best-known to American audiences for her über-catchy anthem “Can’t Get You Out Of My Head,” has been a staple in the UK, Europe, and her native Australia since 1988. Minogue has been building a fashion empire (seriously: check out her official shop here) to make Jenner drool since 2003, when she began trademarking the name “Kylie” in conjunction with “musical recordings, clothing, wallets, wristwatches, perfumes, body oil, essential oil, skin moisturizer, candles, bubble bath, bath salts, hand soap, hair gels, hair sprays[,] hair colors…among other products,” per the Washington Post.  Minogue tweeted out the above declaration shortly after her lawyers filed an official Notice Of Opposition to Jenner’s copyright claim in federal court.

The Notice, which is available online, is not very long and is well-worth a read whether you’re a fan of Kylie Minogue or Kylie Jenner. Minogue’s attorneys allege that their client is “a corporate entity affiliated with internationally renowned performing artist, humanitarian, and breast cancer activist, Kylie Minogue, known worldwide simply as ‘Kylie'”; that she already owns the website Kylie.com; that she’s sold 80 million albums worldwide; and that she already owns several trademarks relating to her business interests in the United States which would conflict irrevocably with a Kylie Jenner trademark over the name.

At the same time, Minogue’s crew gets in some serious burns on their 18-year-old opponent. She is, by contrast,

a corporate entity affiliated with Kylie Jenner, a 2015 home-schooled graduate of Laurel Springs School in Ojai, California…a secondary reality television personality…active on social media where her photographic exhibitionism and controversial posts have drawn criticism from, e.g., the Disability Rights and African-American communities.

In the words of law blog Fashion Law, Minogue’s team served up “more than just a diss” (though those are some pretty good disses). They’re arguing that Kylie Jenner is less well-known than Kylie Minogue, and that “the registration of Jenner’s mark will dilute (aka tarnish or impair the distinctiveness of) Minogue’s trademark [and] that it is arguably not even proper” for Jenner to try and stake her claim, given how far behind she is in name recognition. Kylie Jenner’s tens of millions of social media followers might disagree with that logic, but, in this case, it’s literally up to the courts.