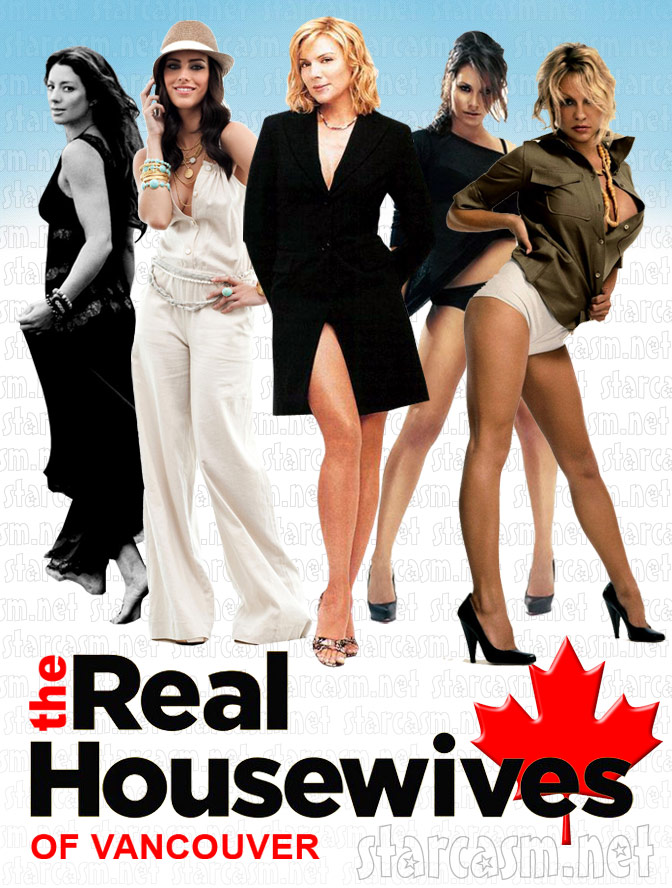 It appears as though Canadians will no longer need to pay import fees on their momma drama because Shaw Media announced in their Monday Upfronts that Vancouver, British Columbia would be getting it’s own Real Housewives reality show!

Slice is a Canadian network that airs first-run episodes of Bravo’s Housewives shows so it’s not actually a Bravo production, which jibes with Andy Cohen’s statement earlier this year that the franchise was done expanding and no more new cities would be added.

Slice has not released any info on the cast for the series and it’s still not clear how or when The Real Housewives of Vancouver broadcasts will be made available to the US market.

WOW! The Winter Olympics and now their own Real Housewives show? Vancouver is movin’ on up!

(Oh, and in case you were wondering, yes those are all famous women from Vancouver in the graphic at the top – or at least the internet says they are. From left to right they are Sarah McLachlan, Jessica Lowndes, Kim Cattrall, Evangeline Lilly and Pamela Anderson. That sounds like the perfect cast dontcha think?!?)