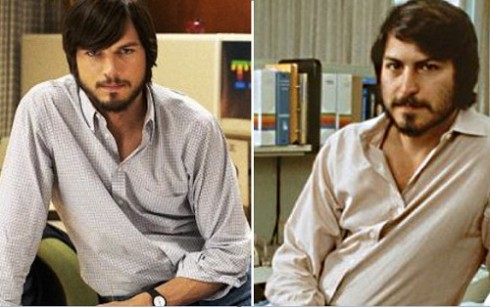 Ashton Kutcher kind of looks similar to Steve Jobs, but it’s obvious that a little movie magic was required to turn him into a doppelgänger for the Apple innovator in the biopic film Jobs out in theaters this weekend. Makeup artist Louis Lazzara explains how the transformation was made.

Louis started by doing a ton of research with Google image search, looking at every photo of Steve Jobs he could find. “I’m looking for the similarities and the differences, and going toward the similarities,” Lazzara told Time. “Ashton’s nose was going the right way, but the shape was wrong. His eyebrows I had to completely redo.” (Even with the redo, Ashton’s could never quite achieve Jobs’ severe arch.) 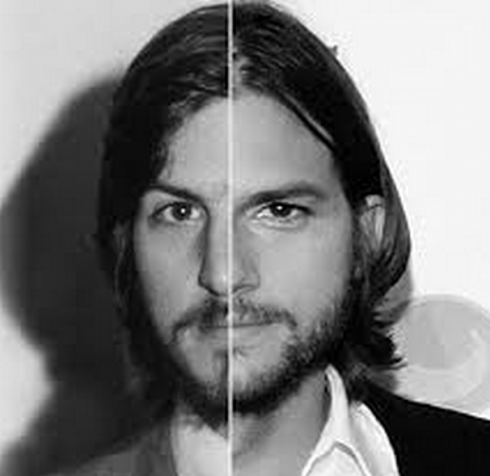 Ashton’s natural long hair was very similar to Jobs in his early days, and was helped by 1970s costumes to transfer him to a different era. Nothing was done with Ahston’s nose for this part of the movie except makeup contouring, but by the end, when Ashton shows up looking like the older image of Steve Jobs we’re more familiar with, the resemblance is breathtaking. Part of that reason is because Ashton’s hair is stuffed under a skull cap, and he’s wearing a prosthetic nose. 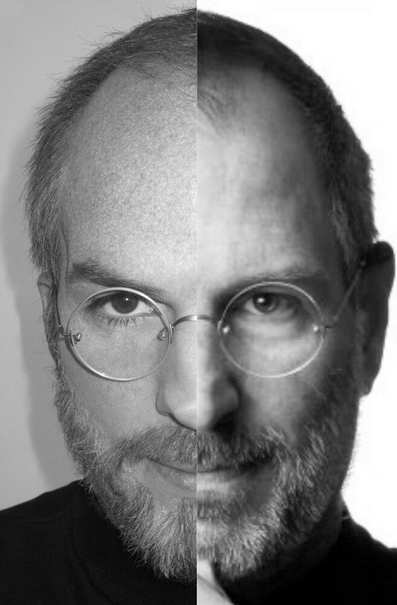 For the beard, they initially had Ashton’s facial shaved a certain way, but because scenes were shot out of chronological order, and he had to shave it off at some point, they started giving him a fake beard. Josh Gad, who plays Steve Wozniak, wore a fake beard the entire time.

Two and a Half Men canceled after next season

Charlie Sheen threatens Ashton Kutcher after being told to “shut the f**k up!”