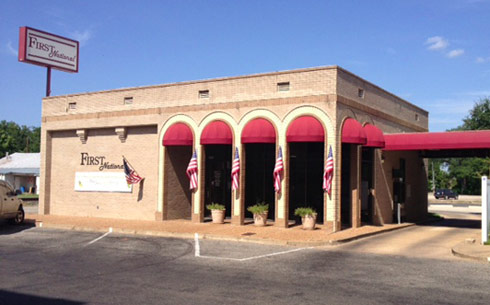 Two criminals had their plans foiled by an unnamed man when they were shot during the kidnapping of a husband and wife as part of an attempted bank robbery on Thursday.

According to statements from the Colorado County Sheriff’s Office, the couple were held at gunpoint inside their home just north of Columbus, Texas. The suspects then forced them to drive to a bank in town in which the wife was an employee.

When they arrived at the bank they were said to have forced the woman to withdraw an undisclosed amount of funds. Sgt. Andrew Weido said, “We believe they had knowledge that she was an employee of the bank for them to be at the residence and to take her back.”

After leaving the bank they forced the husband to drive his truck away from the scene. During this escape, the husband, a reserve officer, managed to gain control of a firearm and shot the criminals. A 911 call was placed and when officers arrived they found the two suspects with gunshot wounds near the truck which was parked in a roadside ditch.

According to KHOU, 20-year-old Jordan Kutach was air-lifted to an area hospital in critical condition. His brother, Preston Kutach, was taken to another area hospital via EMS where he was pronounced dead.

Investigators have stated that the unnamed couple did not know the Kutach brothers. Authorities do have surveillance video that they are not releasing that are helping in the investigation. The Texas Rangers have been also been called in to assist the local police.