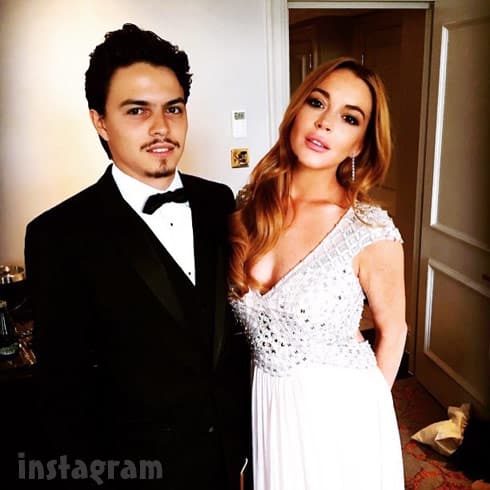 Fresh on the heels of a violent split from her now-ex fiancé Egor Tarabasov, Lindsay Lohan is reportedly telling people she is pregnant — including her dad, Michael Lohan.

“Lindsay told me that she is pregnant,” Michael reveals to OK!. “She sent me a text saying ‘Daddy I’m pregnant,’ and I don’t have any reason not to believe her. I didn’t see the test but I believe her.”

Michael also spoke with Page Six and adds that he is not aware how far along Lindsay is. “I was a little bit taken aback, but it was to be expected,” Michael says of Lindsay’s pregnancy announcement. “She’s 30 years old. She wants to have babies. She loves kids. She’s had relationships with people in the past who have children and she’s very close to them. She’s got a very maternal instinct.”

Page Six has another source that confirms what Michael is saying — at least in that Lindsay is claiming to be pregnant:

She has been telling friends she is pregnant after a huge bust-up with her now-ex fiancé Egor Tarabasov where she accused him of partying with an alleged prostitute. A source close to Lindsay says he has broken up with her but she desperately wants him back. The source said, “She is saying she is pregnant, but it could be for attention.”

After Lindsay Lohan’s very public meltdown over her break up from Egor, she posted an apology on Instagram yesterday in which she admits to making mistakes and says “Maybe things can be fixed… Maybe not.. I hope they can.” Here’s the photo and full post from Lindsay: 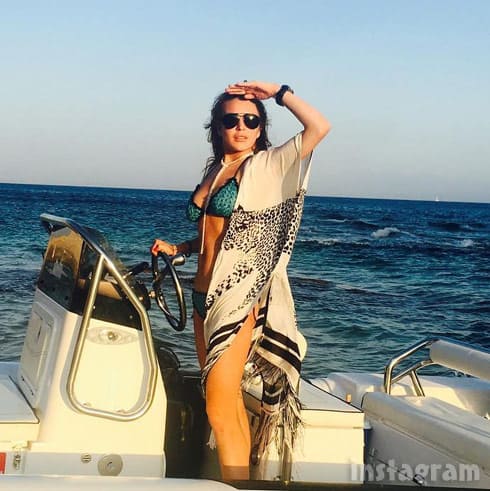 Dear friends. I’m good and well. #ATM I am taking time for myself with good friends. I am sorry that I’ve exposed certain private matters recently. I was acting out of fear and sadness… We all make mistakes. Sadly mine have always been so public. I have done a lot of soul searching in the past years, and I should have been more clear minded rather than distract from the good heart that I have. Social media comes with the territory of the business and the world we now live in. My intentions were not meant to send mixed messages. Maybe things can be fixed… Maybe not.. I hope they can. But I am 30 years old and I do deserve a #GENTLEgiant Life is about love and light. Not anger ?? Thank you to those who stand by my side

We wish the best for Lindsay. If she really is pregnant with Egor’s baby, though, I fear that she is going to have a VERY difficult road ahead of her.

Lindsay Lohan explains her idea for a Mean Girls sequel