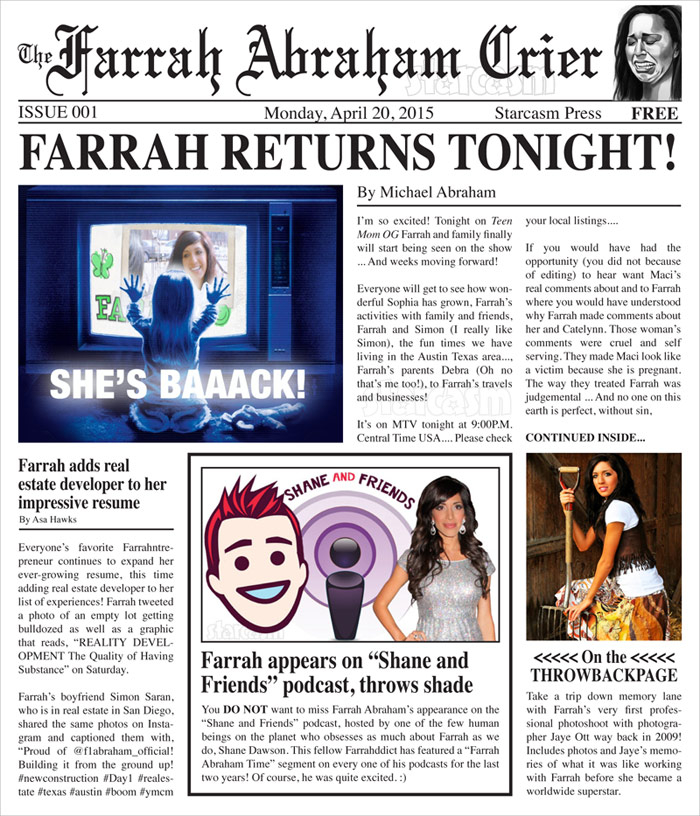 Over the past six years we have written more than 400 articles about Teen Mom star Farrah Abraham, and even with that many posts there were numerous headline-grabbing antics and quotes that we didn’t cover. In honor of her official return to Teen Mom OG tonight we are launching the very first issue of The Farrah Abraham Crier, an on-demand publication dedicated entirely to all Farrahntics big and small so that nothing slips between the cracks (except James Deen) when it comes to Farrah.

In the premiere issue, the main headline is of course Farrah Abraham’s return to Teen Mom OG. We previously shared the first few minutes of Farrah’s return courtesy of an extended preview clip from MTV, and as you probably guessed, things did not go well. And judging from the preview trailers for this season, things are only going to get worse when producers reveal the big news to the rest of the cast — especially Maci Bookout.

In case you missed it, Maci reportedly threatened to leave the show altogether and refused to allow MTV to continue to film her son Bentley if Farrah returned. However, it appears as though the real drama with Maci may not be going down until next week’s episode, which includes in the description: “Maci decides to leave the show after learning that Farrah is back.”

After the premiere we shared this fun image when Farrah did not appear in the episode:

Today MTV responded with their own image: 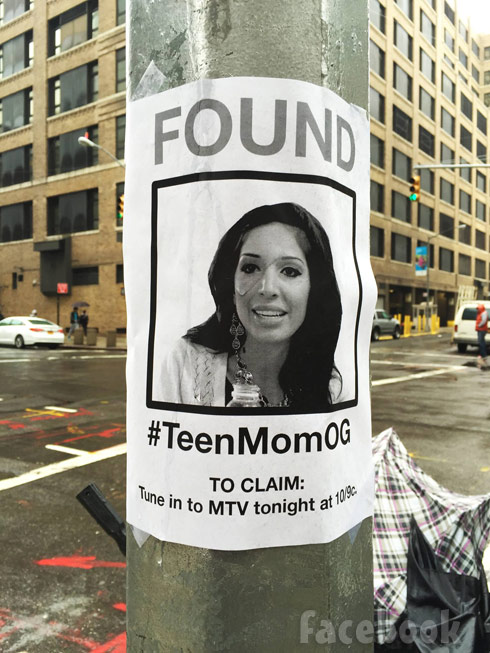 Well played MTV! (I’m not sure what that is on Farrah’s face. That wasn’t us!)

Farrah’s dad Michael Abraham took to Facebook last week and earlier today to express his excitement about the return of Farrah and her family to MTV:

Very excited! Farrah and our family will start to be seen on Teen Mom OG next Monday night April 20th! Yea! Through bad and good see how we evolve through this season and episodes! Don’t let this first episode fool you! There are so many things that will be revealed in each episode moving forward and if you really want to see what Farrah and Sophia and family have been up to – all the shows including the reunion show is a must see! Thank you everyone! We appreciate your support and patience! It airs 9:00PM Central Time in the USA this coming Monday 4/20/2015. Please check your local listing!

I’m so excited! Tonight on Teen Mom OG Farrah and family finally will start being seen on the show … And weeks moving forward! Everyone will get to see how wonderful Sophia has grown, Farrah’s activities with family and friends, Farrah and Simon (I really like Simon), the fun times we have living in the Austin Texas area…, Farrah’s parents Debra (Oh no that’s me too!), to Farrah’s travels and businesses! It’s on MTV tonight at 9:00P.M. Central Time USA…. Please check your local listings…

Michael also explained that fans didn’t get to see everything on the Teen Mom OG after show featuring Farrah and her co-stars (separately):

If you would have had the opportunity (you did not because of editing) to hear want Maci’s real comments about and to Farrah where you would have understood why Farrah made comments about her and Catelynn. Those woman’s comments were cruel and self serving. They made Maci look like a victim because she is pregnant. The way they treated Farrah was judgemental … And no one on this earth is perfect, without sin, or morally perfect. And in God’s eyes all sin is the same… If a person has faith you understand this and don’t let man made religion blind you.

Everyone’s favorite Farrahntrepreneur continues to expand her ever-growing resume, this time adding real estate developer to her list of career experiences! Farrah tweeted a photo of an empty lot getting bulldozed as well as a graphic that reads, “REALITY DEVELOPMENT The Quality of Having Substance” on Saturday:

Farrah’s boyfriend Simon Saran, who is in real estate in San Diego, shared the same photos on Instagram and captioned them with, “Proud of @f1abraham_official! Building it from the ground up! #newconstruction #Day1 #realestate #texas #austin #boom #ymcm #buildit #construction #waterwise #getit”

Michael Abraham confirmed on Facebook that Farrah was building the house from the ground up on spec in hopes of selling it for a profit. “I’m very proud of my daughter Farrah! See below post of her new property investment company. She is building her first invest home for resell! Go Team Farrah!” (There is no “below post” that I could find — perhaps it was deleted?)

Speculation that Farrah might be getting in the real estate game began back in February when she was spotted at the Flipping Formula Investment Summit in Las Vegas posing with Property Wars‘ Doug Hopkins, Flip Bank Live’s Mike Baird & Greg Herlean, Flipping Boston‘s Dave Seymour, and Shark Tank investor Daymond John. That article was about Farrah’s multiple potential reality show deals, so I am going to assume that this real estate venture is going to be filmed for a series. Plus, she sure uses the word “reality” a lot in describing it. 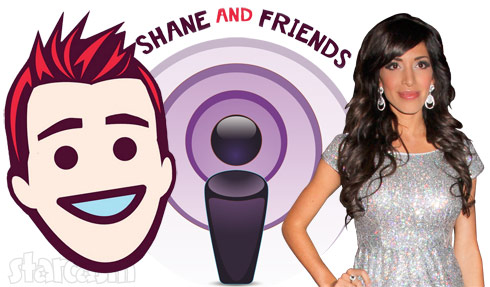 You DO NOT want to miss Farrah Abraham’s appearance on the “Shane and Friends” podcast, hosted by one of the few human beings on the planet who obsesses as much about Farrah as we do, Shane Dawson. This fellow Farrahddict has featured a “Farrah Abraham Time” segment on every one of his podcasts for the last two years!

Farrah talks about MTV, her return to Teen Mom, dealing with her co-stars, and much, much more. Click the link above and give it a listen! (The post also includes a LOT of quotes for those of you wanting to read and not listen.)

In every issue of The Farrah Abraham Times we will try to include a little “Throwbackpage” segment with a link to one of the many, many, many memorable posts we’ve done about Farrah over the last six years.

On this week’s Throwbackpage we’re featuring the article we did about Farrah’s very first modeling gig waaaaaaaaaaay back in 2009. We spoke with the photographer, Jaye Ott, who talked with us about what it was like to work with Farrah well before she was a worldwide superstar. Plus, there are lots of great photos like this one: 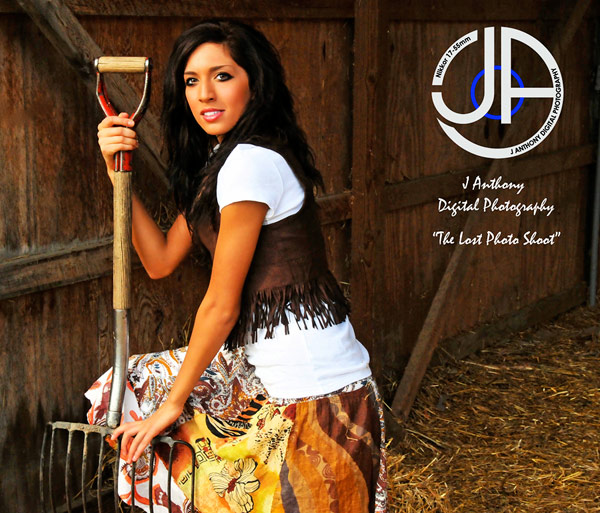 Stay tuned for the next issue of The Farrah Abraham Crier! It could happen at any time — basically whenever there’s enough Farrah news to fill an issue. 🙂