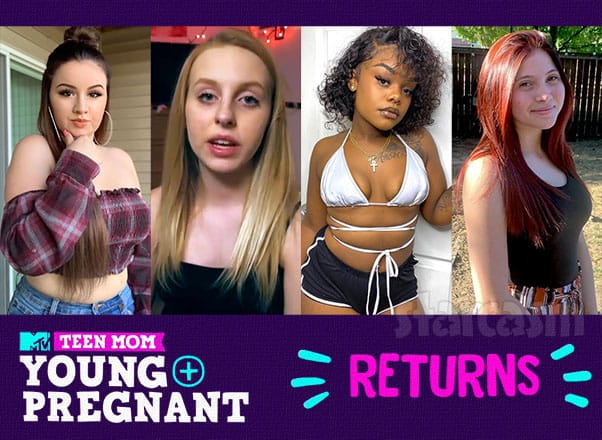 It has been more than a year since the last episode of Teen Mom: Young and Pregnant aired on MTV. Unfortunately for fans, they’re going to have to wait a while longer to see new episodes.

Kayla Sessler did a Q&A with her followers on Instagram, and she revealed that the cast were originally told Young and Pregnant would be back in early May. However, MTV later changed their minds and bumped the show back a number of months.

“We were supposed to be airing May 4th after Teen Mom 2,” Kayla wrote, “but now I’m being told August.” Kayla added a laughing emoji and an “smh” before expressing her frustration about how the show is treated by the network.

“MTV doesn’t treat Young and Pregnant the same way they treat Teen Mom OG and Teen Mom 2,” Kayla claimed, “and then wonder why our ratings aren’t where they should be.”

One of Kayla’s followers asked if she was still filming, and the answer was a resounding no. “I’ve been done filming since December,” Kayla revealed. She then teased that the long wait will be worth it for those wanting drama. “It’s by far the most drama filled season I’ve had,” she added.

Kayla didn’t reveal too much more in regards to the new season, although she did confirm that her ex Stephan doesn’t have any contact with their 3-year-old son Izaiah.

The last episode of Teen Mom: Young and Pregnant aired on February 25, 2018. The Season 2 finale brought in just 470,000 viewers — a disappointing end to a disappointing season as far as ratings go.

In contrast, the Season 1 finale brought in more than 800,000 viewers.

The low ratings had many speculating that MTV would not be bringing the show back at all. The network left cast members in the dark for roughly seven months before eventually deciding to give the show another go late last year.

At the time the show resumed filming, it was reported that all of the Season 2 moms would be returning. However, it has since been announced that Ashley Jones is following in her former co-star Jade Cline’s footsteps by joining the cast of Teen Mom 2. Ashley will be replacing Chelsea DeBoer, who announced she was leaving the series after ten years.

That means that Teen Mom: Young and Pregnant Season 3 will include Kayla Sessler, Brianna Jaramillo, Kiaya Elliott and Rachel Beaver. I believe it is likely that MTV will add a new mom, but nothing has been announced so far. Perhaps that could be why they pushed back the premiere date?