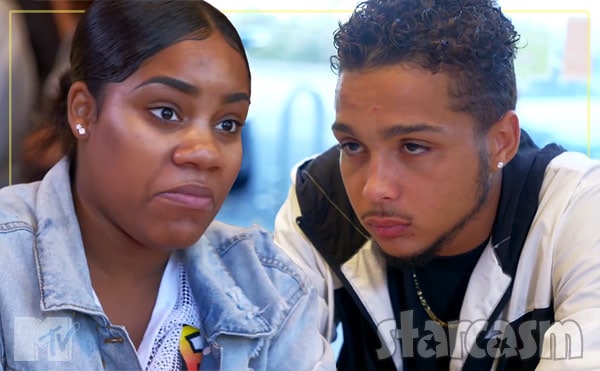 Less than a week after Teen Mom: Young and Pregnant couple Ashley Jones and Bariki “Bar” Smith announced their wedding date, it appears that the two have split.

The initial news of the split came from Bar’s mom Shen, who made several references to it on social media. She posted an Instagram photo of her granddaughter Holly on Sunday and talked about how she is once again forbidden to see her after her latest falling out with Ashley. “She took her again cause I answered a fan question,” She wrote in the comments section. “But it’s all over they broke up today,” she added.

Shen also referenced the break up on Twitter. “So trouble on paradise,” she tweeted Sunday. “They deleted pics of each other and blocked each other,” she added, before offering up her reaction and prediction: “I won’t pretend to be hurt. But he will go back.”

A follower asked for confirmation that the two had broken up. “I know they took all pics of each other down and clocked each other so yes they broke up,” Shen responded — later clarifying that she meant “blocked” and not clocked.

Shen then seems to suggest that she talked with Bar about it and promised not to say too much. “Now I will give him time to tell story. I made promise to him I have to honor it babe.” She adds Shen that Ashley’s mom Pastor Tea, whom Shen unaffectionately refers to as Tea Bag, is “bashing” Bar yet again.

If you visit Bar and Ashley’s Instagram pages you will see that they have indeed deleted most all of the photos of the other — including the recent denim-on-denim wedding date announcement photos: 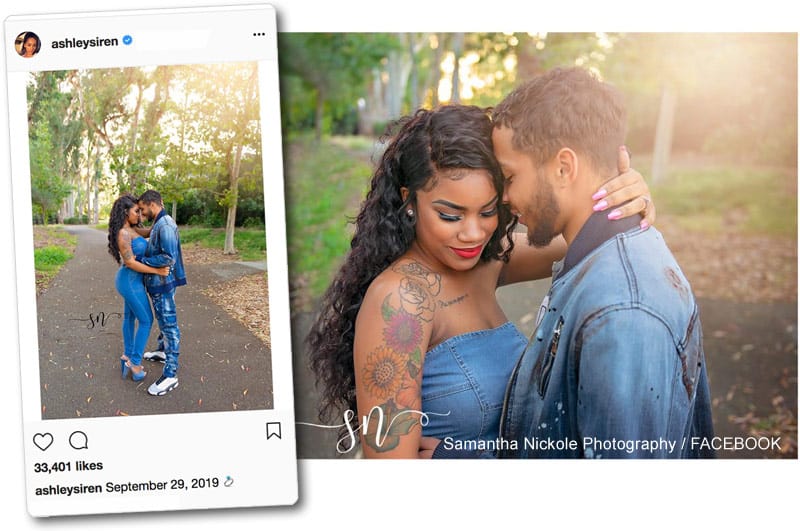 Of course, the Teen Mom tin foil hatters are a bit suspicious given the timing of the split, as the Teen Mom: Young and Pregnant Season 1 Reunion is set to air later tonight. Personally, I think it is a bit of a stretch to think that this couple is staging a break up to stir up interest in a Reunion filmed months ago — especially given how volatile Bar and Ashley’s relationship has been. (Who could ever forget the video posted by Ashley in which she could be seen slapping herself before then accusing Bar of beating her? She would later confirm that Bar “does get physical” with her often, but says she was just slapping herself in the video to keep from losing it in a stressful situation.)

Ashley and Bar breaking up as a publicity stunt seems even less likely given Ashley’s recent comments about the network on an Instagram gallery of photos promoting tonight’s Reunion. “The whole season I was edited to look like a monster,” Ashley wrote, adding: “Joining this show was by far the worst decision of my life.”

Here are all of Ashley’s comments:

Can I be the first to say f**k everyone on the social media team. I love how the other girls are all smiling and happy and you choose to post none of those moments for me. The whole season I was edited to look like a monster. Joining this show was by far the worst decision of my life. All those hours of filming and all the positivity I spread and y’all didn’t show any of it. No trust for the producers or any one else that works on the show and knows the kind of person that I am but says nothing to editing. ????

Also, if you want to see how me and Bar really are, on a daily basis without these edited a** scripted fights. Join my yt channel @ Ashley Siren

It’s funny how the black girl is always made to look mad and ignorant ???

COMMENTER: @ashleysiren positivity doesn’t get them the ratings they want. So called reality tv will ruin anyone’s life for views.

didn’t know that when I signed my fuxking life away

What’s odd is that the photo gallery seemed to me to have very flattering photos of Ashley and her daughter Holly, with only one of Ashley looking as though she is angry:

The Teen Mom: #YoungAndPregnant Reunion is this Monday! Who’s ready to see what Ashley’s been up to? ?

Also, the conspiracy theories lose a little credibility given the issues that Bar and Ashley have had — not just on the edited TV show, but on social media. Their problems did not go unnoticed by viewers, as evidenced by this interaction between Ashley and a Twitter user about those wishing ill will towards her and Bar: 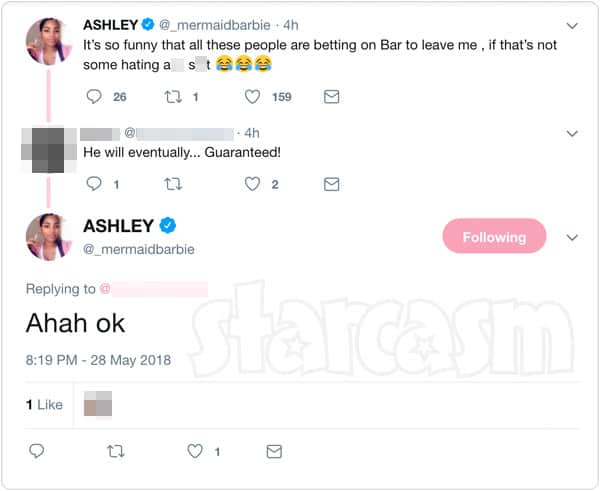 So far, neither Bar nor Ashley have said anything about the split on social media. Actually, they haven’t said much of anything! Ashley’s most recent post was this video clip from the Gay Pride Festival on Sunday:

Meanwhile, Bar is having to deal with another very serious family issue as his foster sister was shot multiple times in East Oakland Friday night.