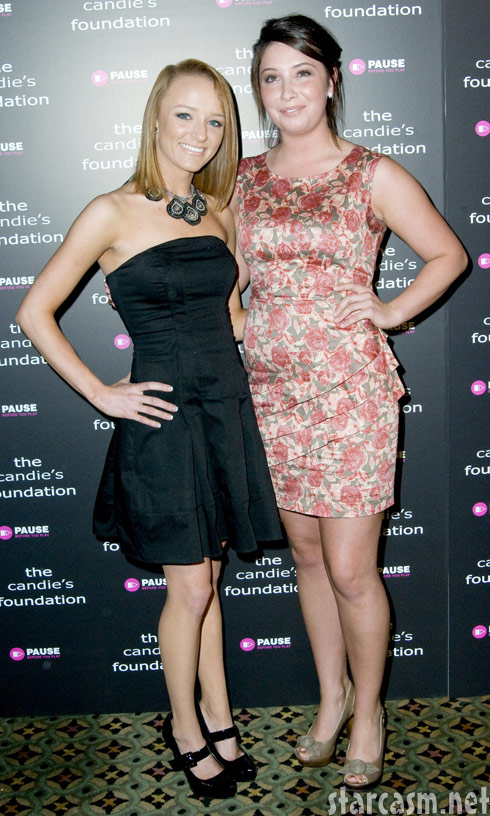 Speculation runs rampant about how much MTV pays the stars of Teen Mom and Teen Mom 2.  One of the common themes that has been pervasive throughout season 1 of Teen Mom 2 is the struggle with making ends meet, well except for Chelsea Houska who receives financial assistance from her dad.

We posted a previous report in which Amber Portwood claimed in court that she makes $140,000 per 6 month contract with MTV but that number has been repudiated since then.  We followed that up with sources from Hollybaby that stated that Teen Mom 2 cast members Kailyn Lowry and Jenelle Evans made only $9,000 for the first 12 episodes of the show.  A separate report from Life & Style claimed that the stars of Teen Mom were making $60,000 to $65,000 annually.

That’s a big gap and there’s not even certainty about how payments are divided up.  Do the moms just get a check? Is the money set aside for the children?  It’s really a big mystery still and one that MTV keeps tight raps on.

Well TMZ has a post about a famous teen mom who apparently knows how to make the bank and unlike the MTV reality stars TMZ has the tax papers to back the claims.  The teen mom in question is one Bristol Palin and shortly after giving birth to her son Tripp she was hired by The Candie’s Foundation to become a spokesperson. For her services to Candie’s she raked in $262,000 in 2009 alone to encourage others to not do what she did!

Candie’s states of Palin that she:

“…plays an important role by helping other teens understand the incredible challenges teen parents face, and encouraging them to wait until they are socially and financially independent to start their families.”

The Teen Mom shows frequently get a bad rap in the press with critics arguing that the girls get paid for simply having become pregnant.  Well if that’s the case than Bristol Palin gets seriously paid for simply having become pregnant!  It’s my opinion that the often harsh realities shown on Teen Mom and Teen Mom 2 and the wide audiences those shows reach do much more to prevent teen pregnancy than Bristol Palin’s role with Candie’s ever could.

I think your average 16-year-old girl out there would have a hard time relating to Bristol, the daughter of a former Governor and Vice Presidential candidate, but the likes of Maci Bookout, pictured above,  and Leah Messer could very much be that girl they go to high school with.  They can see themselves in these young girls and one would hope on many occasions say to themselves, “I sure don’t want to get pregnant and have to struggle and sacrifice like they do.”

What do you think?  Should Bristol Palin be judged in the same harsh light that the cast members of the Teen Mom franchise are for making a large sum of money that would not be coming in if she hadn’t made the choice to have sex and subsequently become pregnant?