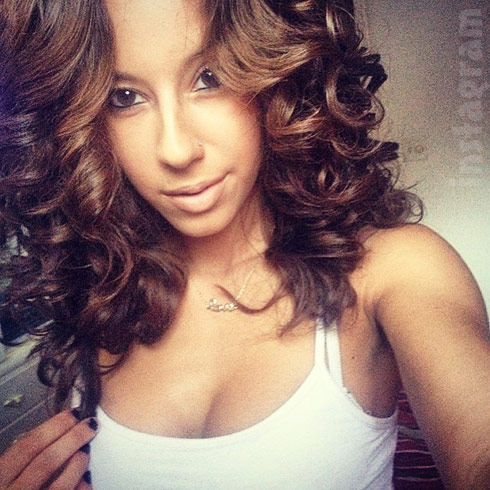 Yesterday we posted about some photos showing Teen Mom 2 star Jo Rivera’s girlfriend Vetzabe “Vee” Torres sporting a rather dazzling ring on her ring finger which had sparked engagement rumors amongst fans. Soon after that Vee took to instagram to respond to the story and reveal whether Jo has popped the question or not!

“I’ll end this right now…” Vee wrote, “No I’m not engaged!” She then added, “A girl can’t get a banging ring she wanted from her man?! I’m just spoiled people calm down lol.”

Vee had a similar message for her Twitter followers:

Shutting down all bloggers and tabloids now – no I'm not engaged! Lol But my ring is surely impressive huh? I gets what I wants

So what’s the significance of the ring? Vee reveals it is a Valentine’s Day gift from two years ago. She adds, “trust me even if I really was engaged… You think you guys would know?” along with the hashtags: #letmeliveboo #stop #wechillin

Here’s the photo Vee posted, which points out that at least we used good pics, which is hard not to do with Vee. 🙂

As you can tell in the conversation above, Vee is in no rush to get to the altar. In the comments section she said of her relationship with Jo, “I couldn’t be happier where I am right now. We’ve still got a lot to learn. No rush we have our whole lives.”