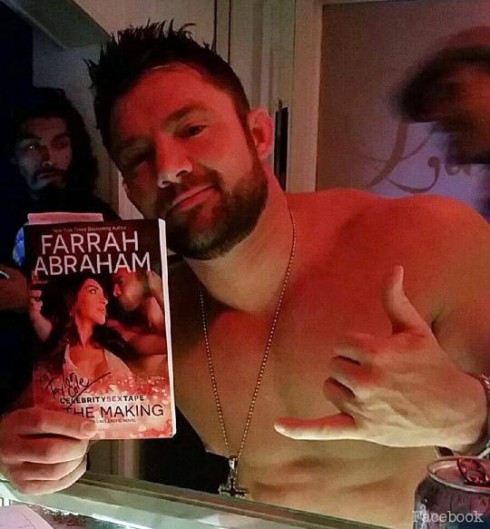 Duncan has died from the disease while Vinson, who had flown to Ohio to plan for her wedding, is currently at Emory University Hospital’s isolation unit in Atlanta.

Both Taylor and fellow stripper Axl Goode were seated just feet away from Vinson on a Frontier Airlines flight from Cleveland to Dallas on Monday night. The two men were returning home from Ohio after attending a conference for Farrah Abraham’s publishing company, Ellora’s Cave.

Goode first learned of his possible exposure when his dad texted him about it. Cole, who had plans to travel to Houston, was contacted by Goode and told to stay inside and keep to himself.

Cole shared two videos from the flight in question:

Cole is having a hard time keeping a glass-half-full mentality as well. “The worst that could happen… that’s what’s going through my mind.”

Both men say nurses are stopping by twice a day to take their temperatures and that they have no symptoms. Despite being frustrated them say they definitely plan on staying quarantined in their homes for the nearly three week period.

Taylor Cole has also been keeping friends updated via Facebook. He wrote on Thursday, “Thanks again everyone for your ongoing support and concern over this situation. Both me and my friend Axl Goode can’t thank you enough. Know that all the positive comments, messages and prayers have made a world of difference. Have a great day everyone !!” He later added, “Felling good today. Still no fever or symptoms. Texas health department contacted me and told me I was very close to the nurse. Kinda freaked me out. Still staying positive. Fingers crossed. Have a good day everyone.”