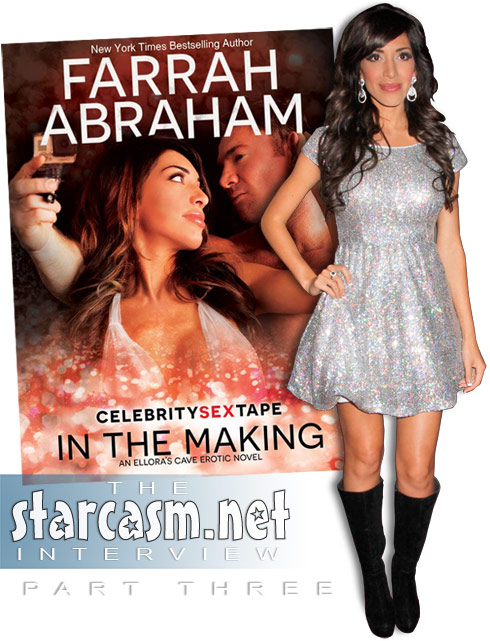 Unlike the autobiographical My Teenage Dream Ended, Celebrity Sex Tape: In the Making blurs the lines between Farrah’s experiences in the world of adult film and those of Fallon. In some cases, the parallels are pretty easy to read: Fallon’s hometown is in Illinois while Farrah’s is in Iowa. A major tabloid player in Fallon’s world is ZNS while TMZ is the recognizable name in real life. Fallon starred on Cheer Battle during high school while Farrah is, of course, best known for Teen Mom. Etc…

However, as Farrah was quick to clarify, Fallon’s story is more about the general struggles in a celebrity’s life.

“I know a lot of it is completely different from anything I’ve gone through, but I was like, ‘Wow, these are some hardships that I know lots of others in entertainment have gone through,'” Farrah told Starcasm. “My research that went into this book and this storyline was a lot of what is popular culture right now, which is celebrity sex tapes.” 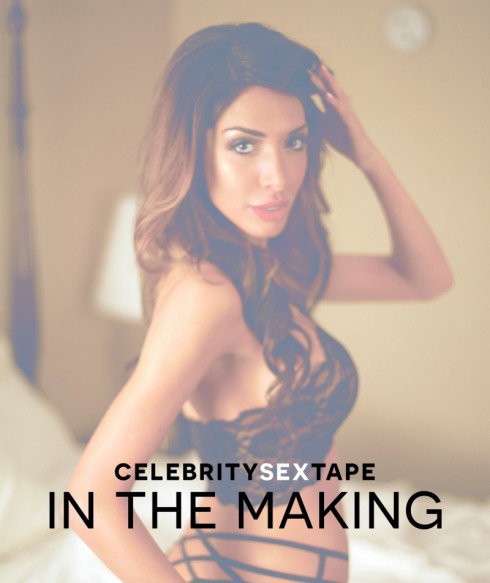 That doesn’t mean she’ll deny the commonalities: At the center of Fallon’s story is her own celebrity sex tape, which Farrah said she had her own “run-in with.”

“I just found it to be very interesting and, of course, relatable because I kind of had a situation like that,” Farrah said. “What I went through, when I had my own celebrity sex tape situation, was I was conflicted. A lot of people were like, ‘Just release it and move on with your life.’ A lot of people were like, ‘Don’t ever release it!’ But that could have sensationalized it and [led to] a lot of lies in different ways.”

Farrah Abraham’s Celebrity Sex Tape is available now. The sequels, Secrets Out and Love Through Limelight, are scheduled for release in October 2014 and February 2015.