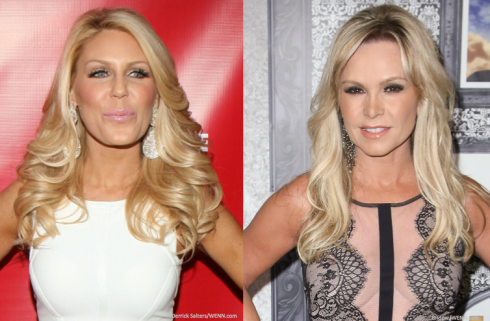 On again off again frenemies Gretchen Rossi and Tamra Barney have provided viewers of The Real Housewives of Orange County some of the best moments in show history including the “naked wasted” fiasco and the awkward exchange of friendship bracelets.

Gretchen left RHOC after season 8 when she rode away in the sunset happily engaged to long time boyfriend and serial housewives hunter Slade Smiley. Since exiting from show, viewers didn’t expect to hear much from Gretchen come season 9, that is, until Tamra referenced her throughout many of the episodes.

Some of Tamra’s snarky comments included going after Gretchen’s handbag line, “After the plastic Gretchen Christine luggage I got for my shower, I’m probably lucky I didn’t get a wedding gift,” and insulting her choice in men, “She’s pushing 40 and dating a douche bag.”

So where do Tamra and Gretchen stand today? Have the ladies been able to once again put the past behind them and look toward a brighter future? 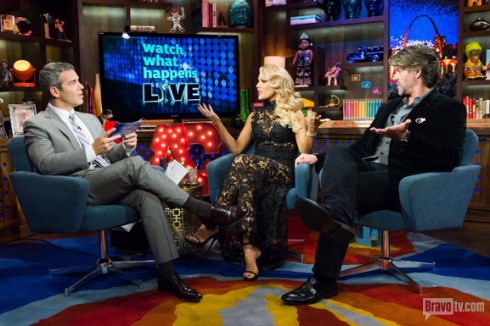 Gretchen joined fiancé Slade for a visit to the Watch What Happens Live clubhouse. Andy asked Gretchen for her response regarding Tamra’s insulting comments.

Tamra Barney has lost all credibility with everybody including the viewers. She’s the biggest lying, manipulating, conniving, narcissistic sociopath. And I say she’s a sociopath because sociopaths don’t even realize they do any wrong. All they do is blame everyone else for their mistakes and that’s all she continues to do and the viewers saw it this last season.

I guess that’s our answer! It looks like neither one of these ladies are willing to forgive and forget so easily.

What do you think— will Tamra and Gretchen ever rekindle the friendship they once had?

Vicki Gunvalson talks about her new friendship with Alexis, disappointment in Tamra