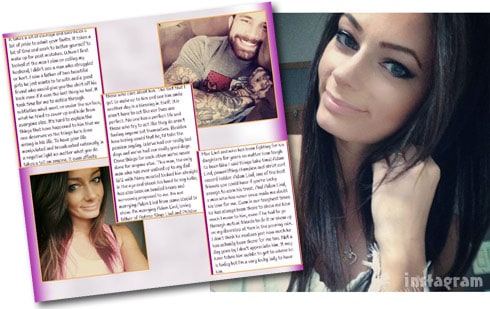 We at Starcasm have not always been the biggest fans of Teen Mom 2 dad Adam Lind, but of course we are willing to admit that some of our perception of him — especially the last couple seasons — is partially shaped by editing choices made by MTV. That being said, Adam’s sometimes immature reactions and protests (like at the most recent Reunion Special) do not help his case at all, and they are clearly not the product of biased editing.

So, it was refreshing to run across a message posted by Adam’s fiancee, Stasia Huber, earlier today in which she defends Adam’s character and expresses her admiration for him in a humble and mature manner. Since Adam and Stasia are not big fans of editing, I will share her message in its entirety:

It takes a lot of courage and sacrifices a lot of pride to admit your faults. It takes a lot of time and work to better yourself to make up for past mistakes. When I first looked at the man I plan on calling my husband, I didn’t see a man who struggled or hurt, I saw a father of two beautiful girls he just wants to be with and a good friend who would give you the shirt off his back even if it was the last thing he had. It took time for me to notice through subtleties what went on under the surface, what he tried to cover up and hide from everyone else.

It’s hard to explain the things that have happened to him that no one deserves vs the things he’s done wrong in his life. To have your life manipulated and broadcasted nationally in a negative light no matter what you do takes a toll on anyone. It even affects those who care about him.

The fact that I get to wake up to him and see him smile another day is a blessing in itself. We aren’t here to act like our lives are perfect. No one has a perfect life and those who try to act like they do aren’t fooling anyone but themselves. Besides how boring that would be, I’d take the passion any day. We’ve had our really good days. Done things for each other we’ve never done for anyone else. 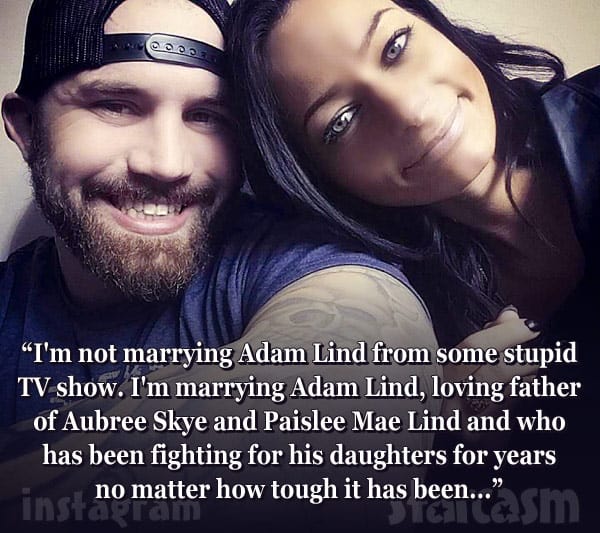 This man, the only man who has ever walked up to my dad (Six foot, two inches tall with Navy muscle) looked him straight in the eye and shook his hand to say hello, has also been on bended knees and proposed to me.

I’m not marrying Adam Lind from some stupid tv show. I’m marrying Adam Lind, loving father of Aubree Skye and Paislee Mae Lind and who has been fighting for his daughters for years no matter how tough its been (like I said things take time) Adam Lind, powerlifting champion and strict curl record holder. Adam Lind, one of the best friends you could have if you’re lucky enough to earn his trust. And Adam Lind, a man who has never once made me doubt his love for me. Even in our toughest times he has always been there to show me how much I mean to him, even if he had to go through mutual friends to do it or show up on my doorstep at 4am in the pouring rain.

I don’t think he realizes just how much he has actually been there for me too. Not a day goes by I don’t appreciate him. It may have taken him awhile to get to where he is today but I’m a very lucky lady to have him.

We will leave off with Stasia’s caption for the photo containing the above message along with how we imagine Adam feels about her post: 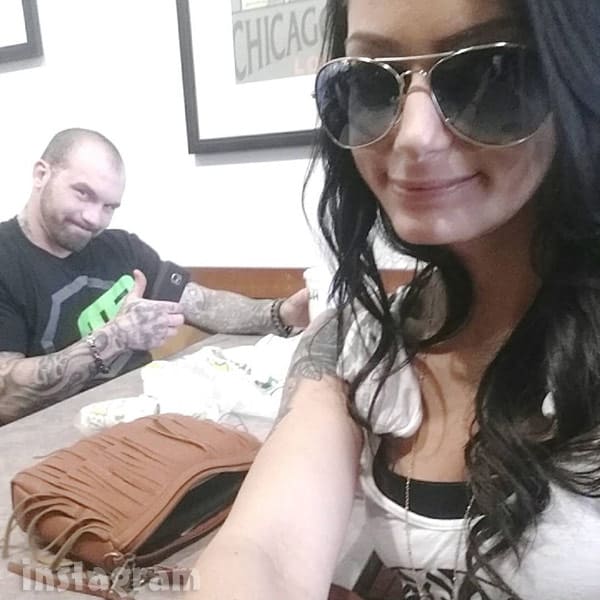 Courtland Rogers thanks Nathan Griffith for breaking up his marriage to Jenelle, goes after Briana DeJesus