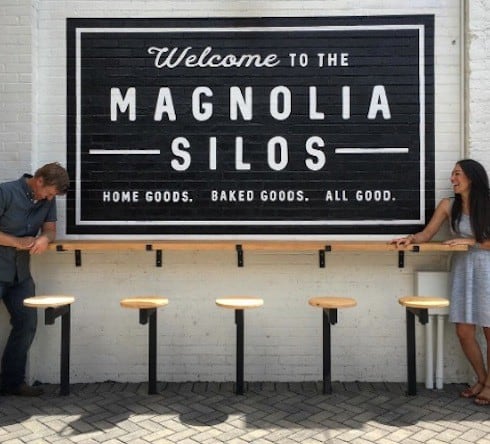 Fixer Upper Season 4 is just around the corner, and the Gainses have more updates, surprises, and expansions in store than in the show’s first three seasons combined! Before we get into the brand-new stuff, here’s a quick recap of what’s been going on at the Magnolia Market over the past few months. For starters, just a few weeks ago, Chip and Joanna announced the creation of their own lifestyle magazine, which will hit grocery and bookstore shelves nationwide this coming October. The ambitious project will be a quarterly publication, and each new issue will revolve around a different theme. The theme of Issue One? Why, “Hospitality,” of course.

On a related note, Joanna and Chip’s first book will *also* be published this coming October. The Magnolia Story arrives in bookstores on October 18th, and will offer Fixer Upper fans a behind-the-scenes look at the entirety of the Magnolia Homes tale: from the Gaines’ first encounters and home life to the rise of Fixer Upper itself. (You can pre-order The Magnolia Story here.) Since Chip and Joanna’s outside endeavors are an increasingly prominent part of their show, it seems a safe bet that we’ll be treated to the creation of the magazine and book during Fixer Upper Season 4. 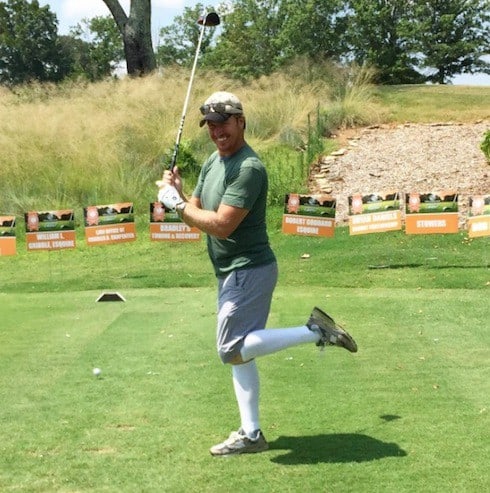 And, as if all that October goodness weren’t enough, Chip and Joanna just announced that they’re putting on a second round of Silobration fun! Last year’s grand opening of the Magnolia Market silos was a personal and professional pinnacle for the pair, as it marked the payoff of the Gaines’ investment in the ongoing revitalization of downtown Waco. You can check out our complete rundown of the history of the Fixer Upper silos here. And, if you’re interested in road-tripping to the second round of Silobration bliss, here’s the official announcement:

Have you heard the news? #SILOBRATION is coming BACK this October! This event will be a new spin on last year's party and will be open for everyone! Mark October 6th-8th in your calendar and​ click the link in our profile to find more information about the weekend.

At least one of the musical acts at this year’s go-round should come as no surprise to Fixer Upper devotees: it’s fan-favorites Johnnyswim, whose now-legendary tune “Home” is best-known as the Fixer Upper theme song. Magnolia Market has tickets for each performance on sale now; click here to purchase a handful. 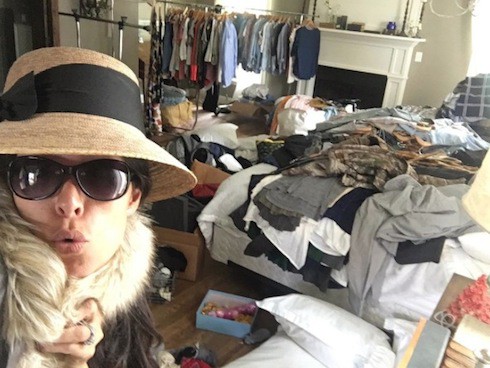 One other silo-based item of note that fans will likely see come to life during Fixer Upper Season 4 is the still-spankin’ new Magnolia Market bakery. That’s right: You can now fill up on Joanna and Chip-endorsed baked goods during your visit. If photos of the bakery look the way the food tastes, new visitors are in for a genuine treat. It’s the closest you can come to actually eating a Magnolia renovation!

Two #fixerupper reveals in one week… I need a cupcake! How many of y'all have stopped by the bakery?#silosbakingco

Cupcakes are totally an acceptable meal – even if it's for breakfast. We also offer sweet and savory pastries! Doors open at 7:30am and close at 6pm so come grab something from the Bakery! Open Monday through Saturday. #MagnoliaSilos #SilosBakingCo

You heard it from the pros themselves: Cupcakes are an acceptable meal. Now there’s no excuse to hold back 😉

As if all that weren’t enough, Joanna herself recently took to her official blog to let fans know about a few of the coming changes to the show’s formula for Fixer Upper Season 4. The show will start to focus more on unorthodox spaces within each home, partly in response to fan requests to see the rest of each house and partly because of the constant stream of new designs that Chip and Joanna showcase:

In season 4 you can expect to see some really unique spaces. In seasons past we’ve renovated whole homes, but only been able to show the exterior and a few rooms because there are only so many minutes in the show. We select the most dramatic rooms to reveal since we are limited on time. This year we’ll be branching out and showing off unique sitting nooks, fun playrooms and even a space that was specially designed for a client’s sweet furry friends.

Shiplap fans, take note: one side-effect of the above change is that Fixer Upper will use less of the vaunted technique this year. In its place comes “skinnylap,” or, as Joanna puts it, “same idea as shiplap, but with thinner planks,” along with “wallpaper and bolder paint colors.”

It also sounds like the Gaines children might start to have a bigger on-camera role for Fixer Upper Season 4. Joanna explained that she and Chip’s kids gave occasional thoughts about design technique, and some of their ideas made it into the finished product:

With all of the kid’s bedrooms and playrooms this coming season, having four kids of our own has been invaluable. They’ve helped big time with inspiration and design. I want these spaces to be kid-friendly, but also stylish and something their parents love, too. The kids have had some really great ideas! And having them involved is fun for me.

There’s no shortage of information about what to expect for Fixer Upper Season 4; the only thing we don’t have is an official premiere date! Right now, speculation suggests that an early-to-mid-October premiere is likely, if only because of the bevy of Fixer Upper-related products that will be rolling out around the same time. In addition, there were six months between Seasons 1 and 2, and eight months between Seasons 2 and 3. Given that the Season 3 finale aired in late March, it seems reasonable to assume that we’ll see the first Fixer Upper Season 4 episodes at some point this autumn.

Until we know for sure, the hashtag #season4iscoming continues to trend on social media; follow it and you’re likely to get a heads-up from Chip, Joanna, or one of the production crew about the proper premiere. Between now and then, Fixer Upper continues to air in blocks on HGTV every Tuesday, along with most Sundays (and the occasional Saturday, plus the odd weekday every now and then).

VIDEO What is the Fixer Upper theme song? Music and lyrics for Johnnyswim’s “Home”

Everyone rejoice: Chip and Joanna Gaines are putting out a Fixer Upper magazine