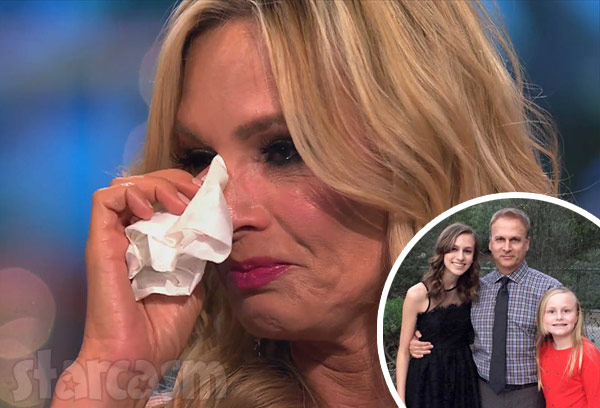 On Part One of The Real Housewives of Orange County Reunion, Tamra Judge broke down crying as she opened up about the emotional ordeal of having her teenage daughter Sidney leave her to live with her dad, Simon Barney.

“This is something I’ve never talked about,” Tamra told Andy Cohen as she wiped away the tears. Tamra later says that she was in the kitchen with her daughter when Sidney said, “I don’t want to live with you any more. You know, you’ve ruined my dad’s life.”

Tamra was shocked. “I had no idea where this was coming from,” she says. “She basically left that day, and two years later, she has not come back.”

Tamra later says, “I fought so hard to get her help…The court appointed therapist wanted her to get more extensive help,” but Tamra says Simon wouldn’t do it. “So I went to court to try to get my daughter help, and he fought me not to get her help. And he won. The judge says she’s seventeen. She can choose who she wants to live with, and that’s that.”

Later, Andy asked why Tamra kept the custody issues with Sidney from the Bravo cameras. “If your child turns her back on you it’s humiliating, its embarrassing. And then I’m in the press being called ‘a monster mom’…”

Andy points out that Simon Barney might respond after Tamra’s comments on the Reunion. “I don’t care anymore – he’s not going to push me around, tell me what to do. I’ve kept quiet because of him for so long and now I’m speaking out.” Simon has responded — more on that in a second. First, Tamra responded to the reaction to her emotional breakdown on the Reunion among fans and the media with this statement on Facebook:

UPDATE: I have read so many article with headlines “Tamra is humiliated about daughter” Let me just tell you, humiliation is the at the bottom of the list of emotions. I am devastated, hurt, sad, agonized, pained, suffering and wounded before I am “HUMILIATED”

people have asked me why I decided to share my story at the reunion. I can tell you this, IT WASNT MY PLAN! (even the producers were shocked)

I worried a lot the past few weeks about what I had shared and if it was the wrong thing to do? But in my heart I knew God wanted me to share it…to help other people going through the same pain.

I don’t care to share the personal details, there are so many horrible lies that were fed to the press and all I can say is don’t believe what you read.

I know I am not alone, I have gotten 100’s of emails and all of the stories are heartbreaking.

I love my daughter more than anything in the world and there isn’t a day that goes by that I don’t think about her and cry.

WE all miss you so much, your grandma,grandpa, uncles,aunt, cousins, brothers we all miss and Love you Sidney.

Parents, Love your kids more than you Hate your EX.

One commenter wrote, “Your ex [will] get what’s coming to him one day!!! Karma will take care of that.” Tamra responded with, “Unfortunately for him his other two children are not buying into his stories.” 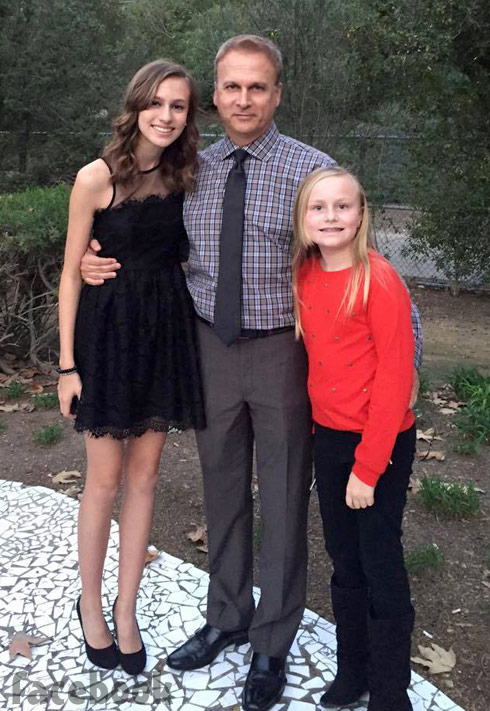 Simon, pictured with daughters Sidney and Sophia above, responded shortly after the episode aired by posting this quote from Gail Meyers’ “The Narcissist’s Smear Campaign” post:

A narcissist’s weapon of choice is often verbal— slander, lies, playing the victim in flipped tales of who was the victim and who was the abuser, gossip, rage, verbal abuse and intentional infliction of emotional pain. It is a systematic dismantling of another person’s relationships, reputation, emotional, physical, and spiritual health, life, and very soul. This is why narcissists are so often called “emotional vampires.”

Here’s the paragraph leading into that quote graphic on Meyers’ post:

The point of the smear campaign is to discredit you while making the narcissist look like the healthy one. It is to keep you quiet and isolated. That way should you decide to attempt to expose the narcissist no one believes you or you look like the hateful or unstable one. Ideally, the narcissist wants everyone on their side leaving you no support or validation.

An angry Facebook commenter wrote: “Simon… YOU should never alienate your daughter from her mother! You should encourage a relationship! Shame on you ! You have tried to destroy Tamra several times.., especially what you brought to the court about your youngest daughter being unkept and having lice! Why don’t you try working together to bring peace to this family?”

Simon then responded: “Donna, I have always made it about my children. That’s why I’m not on the show anymore and chose them instead.” He adds, “I wasn’t the one that took it to court. My ex keeps filing frivolous cases against me which unfortunately I have to defend myself and family. She Started with asking the courts to force me to allow the kids to film on her show. Which they found in favor of keeping them off. And up to the last one was even more ridiculous which I defeated again in a California superior courtroom. Not a media circus.”

Back in May, Simon posted photos of a birthday card he received from Sidney that she signed with, “Thanks dad for everything. Love you lots. Love, Sidney.” The poetic message in the card reads:

Anyone can be a father, but it takes a special man to be a Dad.

When I’ve needed a friend to just understand,
you’ve been there to listen or give me a hand…

When I’ve needed the time to work something through,
You’ve let me discover things you always knew…

When I’ve needed you, Dad, you’ve always been there —
To guide, to encourage, to help out and care.

Wishing you every happiness on your birthday and always.

And speaking of Simon’s happiness, it appears as though he may have popped the question to his long-time girlfriend Kay (her real name is reported to be Catushia). Check out this photo of Simon and Kay at a wedding in late September in which she can clearly be seen sporting a whole lotta bling on her ring finger: 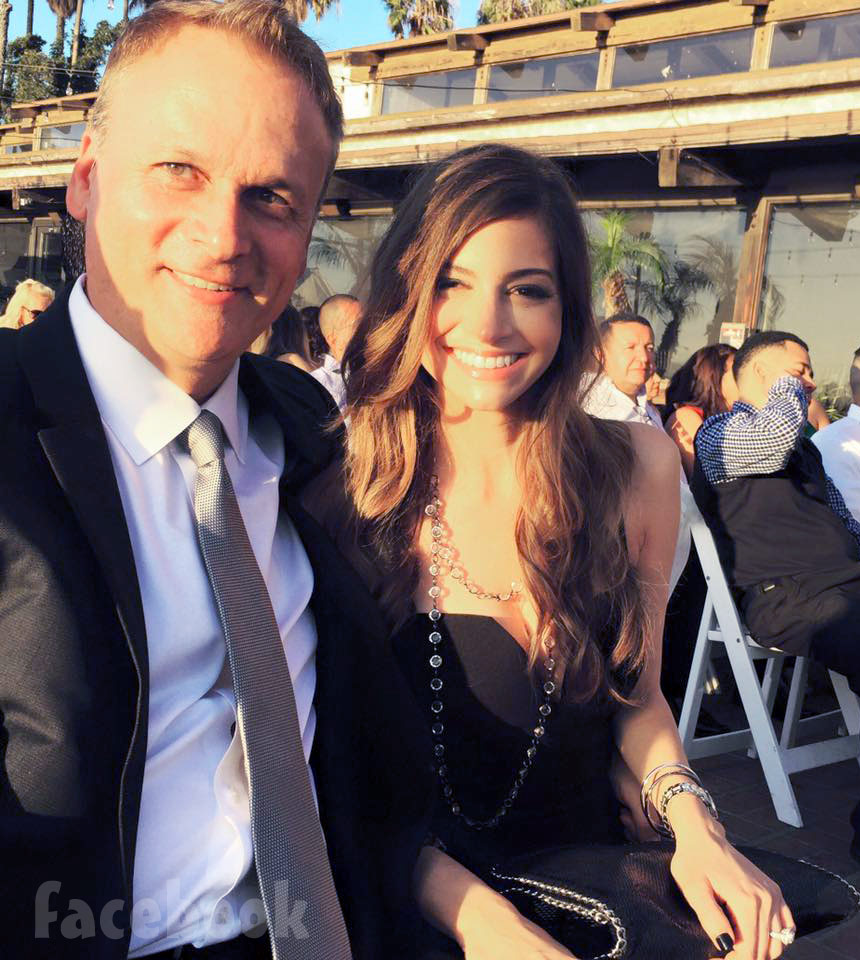 Actually, could it be that Simon and Kay have already gotten married? He captioned the set of photos with: “At my brother-in-laws wedding.” Hmmmm…. Regardless, Kay sure seems to get along well with Sidney and Sophia! Here they are on the beach in Hawaii in August: 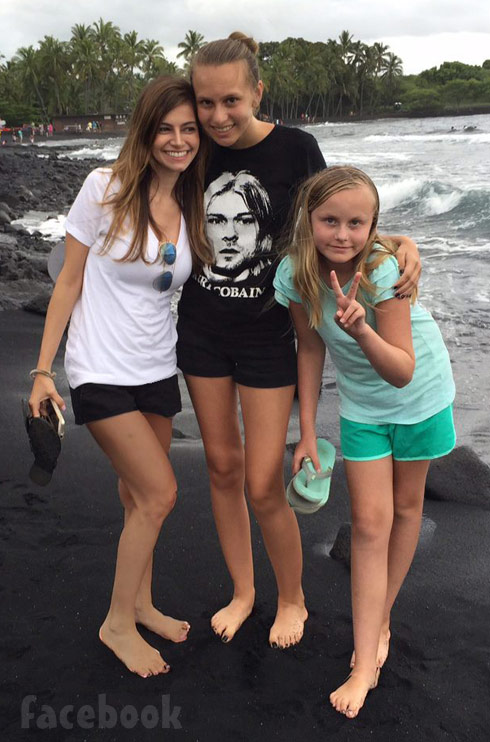 Vicki Gunvalson talks about her new friendship with Alexis, disappointment in Tamra