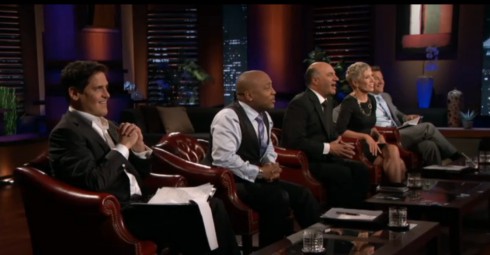 There isn’t much on TV these days that is as fun as watching wannabe entrepreneurs pitch their business ideas to the deep pocketed venture capitalists on ABC’s Shark Tank. Who hasn’t had an idea that they thought could mean big money? Who hasn’t wondered what it would be like to have the resources to take an idea all the way: production, marketing,the whole enchilada? So, when Shark Tank shows us someone making the deal of a lifetime and getting big-time backing for their business, it really looks like dreams coming true right before our eyes. But, are those dreams too good to be true? Are they just made for TV moments, or are they real? Are the Shark Tank deals we see on TV binding? Do they hold up when the cameras are turned off?

It turns out that the answer to that question is . . . well . . . most of the time, yes. Most of the time, what we see is what those entrepreneurs get, but not always. As Mark Cuban explained on his blog, the Sharks on Shark Tank don’t hear about the investment pitches featured on the show until they are made on camera. What we see on the show is the Sharks hearing the pitches for the first time. They also do not have any resources before they make their decision other than what they hear during the pitch. So, a deal’s a deal, right? Well, not exactly.

If the details presented in the on-camera pitch are confirmed by off-camera research after the show, then the deal is solid. But, if the entrepreneur’s pitch has misrepresented anything in any way, the deal made on TV isn’t binding, and the Shark can get out if s/he wants to.

Mark Cuban explains it this way:

“Due diligence” is business-speak for not investing or putting your name to something without first sufficiently investigating the relevant facts. So, what Cuban is telling us is that the deals made on the air are not necessarily binding on the Sharks. If their subsequent research gives them reason to back out of a deal, they will.

Has this happened, yet, on the show? Yep. It turns out that at least three times, the Sharks have made on-air deals that later fell apart when they did their due diligence. Here are the companies who found themselves in the middle of that sad story.

Wild Squirrel Nut Butter
Keeley Tillotson and Erika Welsh pitched their custom peanut butters in the episode that aired 5/11/12. The Shark Barbara Corcoran offered $50,000 for 40% equity, which was accepted. In a very gracious blog post, Tillotson and Welsh recounted some of the lessons they’ve learned in the seven months immediately following their appearance on Shark Tank, and under “Lesson #7:Everything is a Learning Experience,” they wrote:

One lesson we took away from Shark Tank is that everything doesn’t always work out the way you expected it to – but that’s half the fun! So what happened after Shark Tank? After further evaluation, the investment relationship didn’t end up being the best fit, so the deal with Barbara never materialized. But we did move forward with an incredible set of lessons and experiences. Barbara is an amazing businesswoman and helped us improve our “pitch,” our focus, and even our negotiation skills!

There’s no way to know from this account exactly how their deal with Barbara fell through, but they don’t seem bitter about it at all. 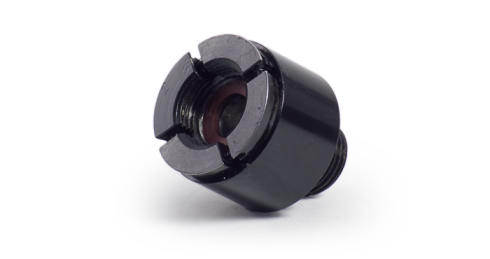 Hyconn LLC
According to the Shark Tank Blog, the broken deal with Hyconn is more mysterious, and perhaps a bit less amicable. Jeff Stroope thought he had won Mark Cuban over to back his connector for fire and garden hoses in the episode that aired 4/6/11. Cuban offered to buy the company outright for $1.25 million with Stroope having a three-year contract to run the business. Later, Cuban tried to change the terms of the agreement, which Stroope did not accept. Since Cuban has not commented publicly on the deal and Stroope has not released any details about why it broke down, it is difficult to know what went wrong. It looks like Hyconn has new investors, though, so perhaps things will still work out. 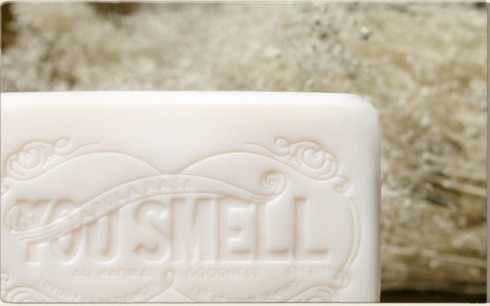 You Smell Soap
According to an interview she did with Inc. magazine, Megan Cummins didn’t have a very good off camera Shark Tank experience at all. In the episode that aired 6/8/12, Cummins got bites from three Sharks for her bar and paper soaps. She took the deal from Robert Herjavec, giving him 20% control for a $55,000 investment plus $50,000 one-year salary for Megan. Six months later, Herjavec wanted 50% control, and Megan said no. And, according to Cummins, that six months was spent largely trying to get Herjavec on the phone. Six months? No check? No idea what’s going on? Not good.

No wonder Cummins has such clear thoughts on how to work with investors:

Be clear on the nature of your business. You don’t want investors to say that they didn’t realize something about your company. Design your presentation to ensure that they won’t have any. Cover the fundamentals of the business. There should be no way someone could claim not to know the current status of your company.

Be ready for investor due diligence. Investors have heard everything from PR spin to lies from companies over the years. They won’t necessarily believe what you claim, nor should they. Even if an entrepreneur is honest, there can be differences of interpretation when looking at a company’s position. Don’t assume that what you heard in a meeting is what you’ll see in black and white.

Do your own due diligence. You should put as much attention into qualifying potential investors as they will put into qualifying you and your company. Talk to other companies the person funded. Use the six degrees of separation process to find people who have done business with the investor. See if you can learn how dependable and trustworthy the investor is.

Never say yes when you have other offers. The most important lesson is that you don’t agree to work with an investor until you see the proposal, and you don’t wave goodbye to other investors until you have a signed contract. The point is to find the best deal, not put yourself into a position where you’re stuck with only one possibility.

Have alternatives. Cummins was smart to resist and keep pushing to make the business work. Look for funding sources outside of investors. Maybe it’s money from friends and family. You might find that receivables factoring or getting funding from customers could work. In any case, you need the alternative so you can say “no” to a bad deal.

No one from any of these companies claims to have been duped. The contestants know the rules going in. Viewers, however, might like to know when a deal isn’t a deal. For Megan Cummins, the lesson is simple: “It’s fine to deal with sharks, just as long as you don’t become shark bait.”

Scott Disick and Kourtney Kardashian together again, living under one roof and considering new babyproofing