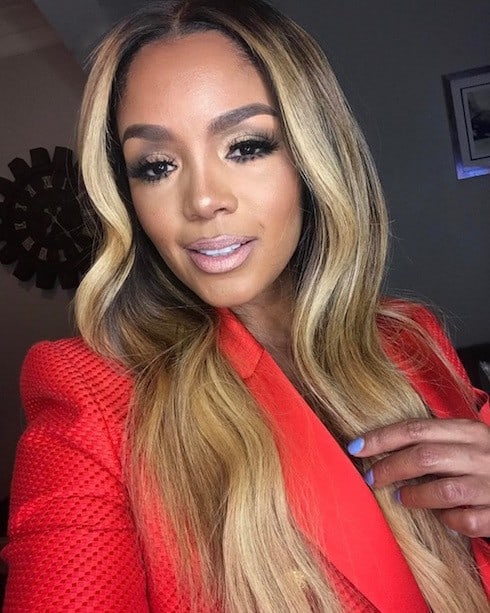 LHHATL fans wondering if Rasheeda is still with Kirk got a lot to talk about today, thanks to a string of new photos that add up to the couple’s first appearance together since Jasmine Washington’s baby mama allegations broke weeks ago. The initial photo–taken from the back, and at first as likely to be of two random people at the airport as it was of Kirk and Rasheeda–came courtesy of Fameolous. Their tip alleged that the two were getting onto an airplane together, but the update didn’t come with any other shots.

@frost117 and @rasheedadabosschick spotted At Hartsfield Jackson in Atlanta at the airport. #loveandhiphopatl

RELATED: REPORT Kirk Frost may be trying to bribe side chick Jasmine Washington on the DL

However, a look through both Kirk and Rasheeda’s Instagram feeds appears to confirm that the initial pic really is of the two of them. It seems that they stepped out together for the first time since LHHATL Season 6 began airing (and possibly since well before that) in order to help promote the grand opening of Hair Jewelers Co, an upscale wig shop in Carrollton TX. Kirk shared a pic from the red carpet, and he seems to be wearing the same red pants as the man in the photo above: 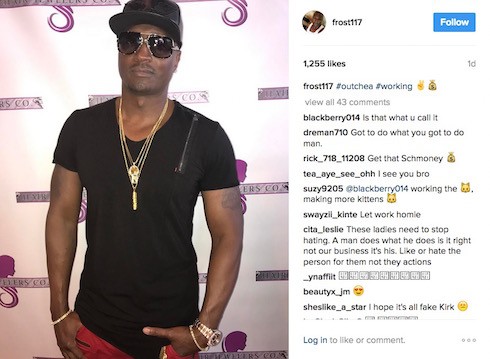 Then, the official Hair Jewelers Co IG page shared a few pics. In the one of Kirk, the clothes continue to match–though the ladies do not: 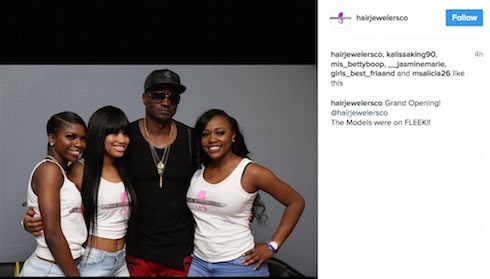 And Rasheeda’s outfit in the Hair Jewelers pic matches her own IG update from a few hours later. The boots are also a match for the pair in the airport pic: 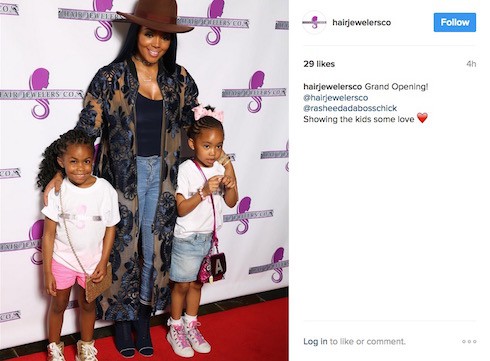 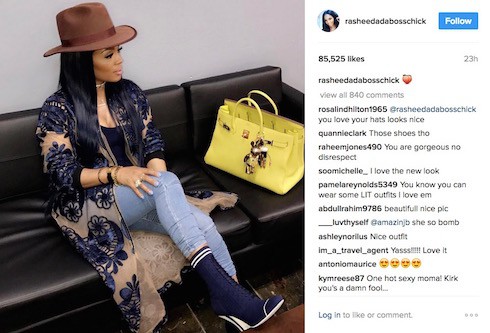 So, Kirk and Rasheeda went to (what was presumably) a paid appearance together. Ultimately, there’s not enough evidence here to convince viewers either way: if you believe that Kirk is telling the truth about Jasmine’s baby, you can tell yourself that Rasheeda is happy to step out with him in order to try and prove that she believes it too. And if you believe that Kirk is a lying so-and-so and Jasmine’s version of the truth is the genuine article, you can turn around and say that Rasheeda only went with him to keep up appearances–and payments–and because LHHATL Season 6 is still on the air.

Speaking of which: one way or another, we’ll get to the bottom of this baby mama drama. Love & Hip Hop Atlanta airs Monday nights at 8 on VH1.

(Photo credits: Is Rasheeda still with Kirk via Instagram)